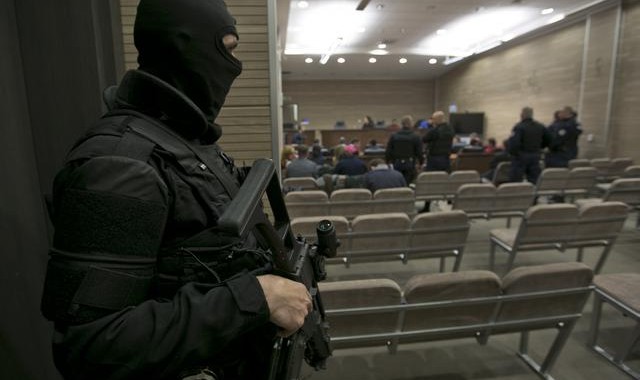 After around 200 former fighters were repatriated from the war zones of Syria and Iraq, Kosovo is struggling with the security consequences – particularly during the lockdown.

Several hundred Kosovars travelled to Syria and Iraq since the war started in Syria in 2012, joining various Islamist terrorist groups fighting to topple the regime of Bashar-Al Assad.

Around 100 Kosovars were killed in the fighting alongside Al-Qaeda’s wing, Jahbat Al-Nusra, and other Islamist organisations in the Middle East, who proclaimed the Islamic State, ISIS, in the territories they occupied in Syria and Iraq.

However, after ISIS lost its strongholds that were steadily recaptured by Iraqi and Syrian government forces in 2018, hundreds of those who fought or participated in these wars were captured and awaited repatriation.

In April 2019, Kosovo fighters who had been arrested by Iraqi and Kurdish forces in areas where ISIS rule had collapsed were repatriated.

However, Avni Islami, an advisor to the Kosovo Interior Ministry, warns that the collapse of IS has not removed the security risk to countries like Kosovo.

“With the disbanding of Islamic State, the terrorists or those who supported them have split to other continents but also to Europe,” Islami told Kallxo.com.

Repatriating those who had fought in Syria has also produced consequences, increasing the number of those who face terrorism charges in Kosovo to 200.

Among them are persons who not only went to war zones in the Middle East but also planned to commit terrorist attacks in Kosovo and in neighbouring Albania.

Investigations conducted by Kosovo’s Special Prosecution Office have meanwhile been criticised because although they uncovered the fighters’ identities they failed to track down the recruiters, financiers and organisers of terrorist groups.

Labinot Leposhtica, the coordinator for monitoring the courts for BIRN Kosovo, agrees, noting that Kosovo courts have sentenced only four people for recruiting terrorists so far.

“We have had a total failure to identify those who recruited, facilitated or those who financed those young Kosovars to go to the Syrian war,” Leposhtica said.

“These recruiters are here, among us and are doing their job and radicalising youngsters, not necessarily in the Middle East but here in Kosovo or in other European states,” Leposhtica warned.

Radicalising elements have not exempted the Kosovo and Albanian diaspora from their efforts; 47 combatants fighting in the Middle East were living in European countries.

In the recent November terrorist attack that struck Vienna, the perpetrator was an ethnic Albanian of Northern Macedonian origin.

Kushtrim Kaloshi, executive director of the Advocacy Training and Resource Center, ATRC, criticises the allegedly passive role of Kosovo institutions, which he says has resulted in society having to deal with the consequences, not the causes.

“These youngsters went through Kosovo airports or land borders. Someone organised, recruited, mobilised and organised them to be sent there, and these people are here – and the Kosovo state is not dealing with identifying these groups,” Kaloshi told Kallxo.com.

Kaloshi also said the current COVID-related lockdown could have detrimental effects on de-radicalisation efforts, as the resulting dire economic situation is creating a more fertile terrain for groups who want to radicalise youngsters.

“There is huge unemployment because of the pandemic and, as a result, discontent increases with a lack of perspective and hope – and recruiting groups that live in Kosovo could use this quite well,” Kaloshi said. The lockdown has also reduced effective security scrutiny, he added.

Mentor Vrajolli, from the Kosovar Center for Security Studies, KSCC, is more positive about how Kosovo is handling violent extremists, however, noting that despite their best efforts, no terrorist attack with a religious motive has been conducted in Kosovo for years.

“Kosovo has been quite successful in the fight against violent extremism,” he said.

“Despite flaws, anti-terror policies have been far more fruitful than the fight against corruption.

“If the fight against corruption was the same, Kosovo would be a champion in anti-corruption efforts,” Vrajolli concluded.

This debate was part of the “Men and Boys as Partners in Promoting Gender Equality and Preventing Violence and Extremism among Youth in the Balkans” project. It was supported by CARE International Balkans, in partnership with SIT, YMCA, the Austria Agency for Development and the OAK Foundation