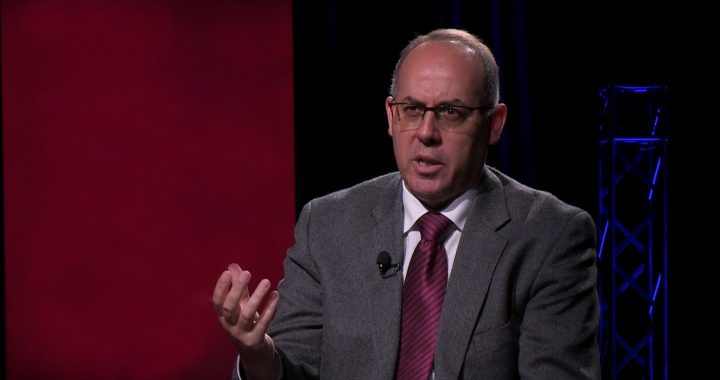 In an interview for BIRN set to air on Wednesday night, microbiologist Lul Raka said that the COVID-19 pandemic had exposed the dire state of Kosovo’s healthcare system, which he blamed on a lack of investment.

“For 20 years there was no investment in the healthcare system,” Raka told BIRN’s Jeta Xharra, adding that politicians often failed to live up to promises made in this regard.

“When the budget was allocated, the health system was only given crumbs,” he went on. “Kosovo is the country with the lowest investment in healthcare per capita in Europe.”

The microbiologist, who was appointed as head of the Ministry of Health’s advisory board for the fight against COVID-19 in July 2020, also criticised Kosovo institutions’ handling of the pandemic, specifically citing a failure to build public trust.

Raka highlighted electoral rallies that violated public health measures, as well as the collapse of the coalition government just weeks after the first coronavirus cases were recorded last March. “There was a distrust between the people and the leadership,” he said, adding that public trust must be rebuilt, as the pandemic is far from over.

The doctor also told BIRN that fake news and conspiracy theories denying the existence of the virus also exacerbated the epidemiological situation in the country. “The moment people say that there is no virus, they are contributing directly to the spread of the virus,” he said.

Raka also revealed that he has been the subject of verbal attacks by a number people, and even received death threats simply for doing his job.

“Many people told me that it is just a flu, unfortunately even including health staff,” he recalled. “Sometimes it happened that [health professionals] were conveying completely different messages to people.”

Raka disclosed that a number of people also attacked him via social media, accusing him of “working for the illuminati” or claiming that he had left people unemployed and hungry by calling for lockdown measures. However, Raka added that there were also cases when people had later apologised to him after they, or members of their family, contracted the virus.

Raka said that public mistrust in institutions is also likely to manifest itself in doubts around vaccines, predicting that many people will refuse to be vaccinated.

Currently, this is not yet an issue, as Kosovo remains the only country in the Western Balkans that has not administered even a single dose of any vaccine against COVID-19 to its citizens.

In early January, then-Prime Minister Avdullah Hoti and Minister of Health Armend Zemaj, claimed that hundreds of thousands of vaccines had been secured, including 535,000 doses through a deal with Pfizer. However, the vaccines have yet to materialise, with Zemaj blaming the company for failing to uphold the agreement.

For Raka, who was involved in the state’s efforts to secure the vaccines, less economically developed countries with weak bargaining positions have become victims of the pharmaceutical companies. “Even if we had 100 million [euros], there would be no vaccines,” he said. “Pfizer pledged to send 13,700 vaccines at the beginning of February – I don’t know why they didn’t send them.”

Zemaj has stated that a contingent of vaccines from the COVAX programme designated for Kosovo were set to be distributed on March 17. However, with none of the population still vaccinated, Raka says that the only way to fight the virus is strict adherence to the measures in place.

“The only weapon that we have to fight the virus is taking precautions,” he said. “If you respect the distance, wear masks and maintain hygiene, you’ll save yourselves, and then your family and then the community.”