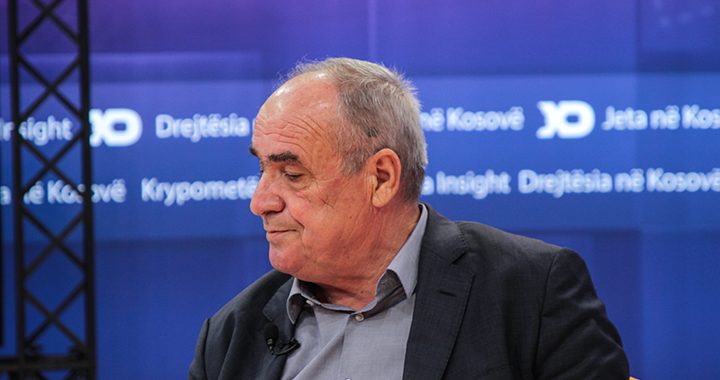 Haki Rugova, the Mayor of Istog, was sentenced to a one-year prison term by the Basic Court of Peja on Monday in a case initiated following reporting by BIRN.

Mayor of Istog Haki Rugova was sentenced to one year’s imprisonment by the Basic Court of Peja on Monday.

Rugova was accused of abusing his position as mayor by signing a contract with a company owned by his brother, Ma-Con sh.pk. The contract was a tender opened by the Municipality of Istog for the construction of sewage systems in the villages of Cerce and Lubozhde, and was worth around 289,000 euros.

The indictment against Rugova was filed in March 2018, with the trial lasting more than three years. The presiding judge in Rugova’s case was Judge Sami Sharraxhiu, while the indictment was represented by prosecutor Ali Uka.

According to Rugova’s defense, his signing of the contract had no legal consequences as it did not enable the contract to enter into force. Rugova’s lawyer, Besnik Berisha argued that the Law on Public Procurement stipulates that the mayor’s signature is not required in a medium-sized contract such as this one.

The indictment against Rugova came after the Anti-Corruption Agency filed a criminal report against him following reports received from BIRN.

“On August 11, 2017, the Anti-Corruption Agency received information from the Balkan Investigative Reporting Network ‘BIRN’ and ‘Internews Kosova’ regarding Haki Rugova due to the possibility of the criminal offense of conflict of interest,” the Agency stated in their report.