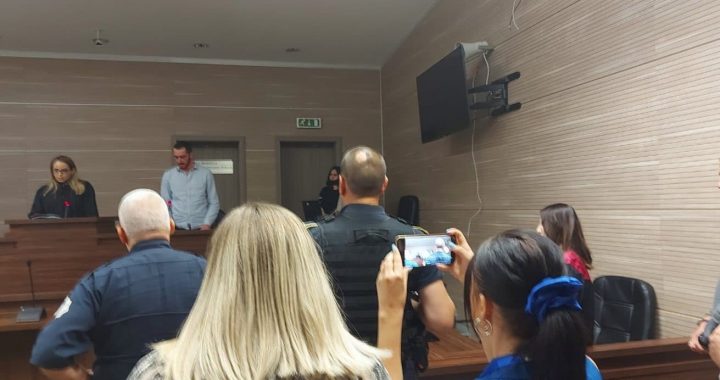 The Basic Court of Pristina has sentenced Montenegrin citizen Risto Jovanovic to six months in prison for chanting nationalist slogans at a Serbian Orthodox religious gathering in Kosovo.

On Wednesday, the Basic Court of Prishtina convicted Montenegrin citizen Risto Jovanovic of inciting hatred by chanting nationalist slogans such as “Kill the Albanians” during a gathering of Serbian Orthodox believers to mark Vidovdan (St. Vitus Day) in Gazimestan in Kosovo on June 28.

The court sentenced him to six months in prison but ruled that Jovanovic can pay a fine of 6,700 euros instead of serving the sentence, which his defence agreed to do.

“Jovanovic is guilty of charges of intentionally causing discord and intolerance among ethnic groups living in Kosovo on June 28 in Gazimestan, shouting ‘Kill the Albanians’, ‘We will wash Kosovo with blood’ and ‘Kosovo is Serbia’. Jovanovic is banned from entering Kosovo for five years by the court’s decision,” the court said.

Jovanovic, who had denied the charges, was arrested during the annual Vidovdan gathering at the Gazimestan monument near Kosovo’s capital, Pristina.

Vidovdan is an important religious date for Serbs as it is also when Ottoman forces defeated the medieval Serbian kingdom in the 1389 Battle of Kosovo.

At the Vidovdan event, Kosovo police prevented participants from displaying flags, T-shirts and banners with nationalist messages, which sparked several incidents, one of which resulted in the arrest of Jovanovic.

Jovanovic’s arrest sparked a protest in front of the Montenegrin government building and parliament on June 30, with demonstrators calling on the authorities to secure his release.