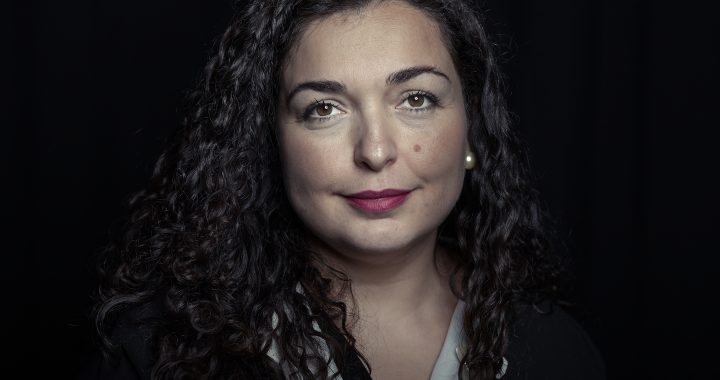 Osmani: ‘I will be an obstacle to any agreement not in Kosovo’s interest’

In an interview for BIRN’s Jeta ne Kosove programme, speaker of the Kosovo Assembly Vjosa Osmani discussed the formation of the new government, reciprocal measures with Serbia being scrapped and her political future.

For Vjosa Osmani, the Speaker of the Kosovo Assembly, it was unimaginable that her party, the Democratic League of Kosovo, LDK, would vote in favour of extinguishing its partnership with Vetevendosje only 51 days after the two parties formed a coalition government. “I never believed that it would come to this, very frankly,” she told BIRN’s televised show Jeta ne Kosove.

Osmani, who did not support breaking the LDK-Vetevendosje coalition on March 25, criticised her party for causing the downfall of the previous government when it did. “Ideally, my party would never have organised the motion in the midst of a pandemic,” she said.

For Osmani, who was LDK’s prime ministerial candidate during the October 6 elections, the circumstances in which Avdullah Hoti’s government was formed are “worrying” for Kosovo’s democracy, noting that President Hashim Thaci was directly involved in lobbying to secure the votes for the government.

NISMA MP Haxhi Shala stated in the Kosovo Assembly that his vote in favour of the formation of the Hoti Government, which was approved by a majority of one, was secured following a visit from the president the evening prior to the vote being taken.

“In an ideal world, no government would be approved in which the 61st vote is secured by President Thaci, contrary to his constitutional duties,” Osmani said. “His duty is to represent the unity of the people.”

Osmani was surprised that LDK changed its position on the implementation of reciprocal measures with Serbia and plans for vetting the judiciary, as the party had unanimously voted to include these issues as part of the party’s programme in the 2019 election campaign. “For me, the issue of reciprocity was fundamental since we had put that in the [election] programme and wanted nothing more than to be equal with Serbia,” she said.

During the interview, Osmani said that she will actively resist any ‘final deal’ reached with Serbia that she feels harms Kosovo’s interest.

For the most-voted woman in Kosovo political history, the results of the election should always be reflected in the make-up of the country’s executive bodies. “There cannot be one team who wins the votes and another who makes the decisions,” Osmani claimed.

“What I can say now is that it’s clear who wants to fight state capture and who doesn’t,” she said. “For me, it’s not important where I will be or if my personal career will be burnt out by the end of the mandate. What is important for me is not to break the promises I made to the citizens.”

Amid much speculation over the next steps in her political career, Osmani did not clarify whether or not she has plans to leave LDK. “At the end of the mandate I will have to decide whether I want to be in politics or not,” she told Jeta ne Kosove. “I will think about it hard, and I want to make sure that when I compete next time, I will be surrounded with people who will not leave me stuck in the mud and who will not stay on the path that we started on together.”