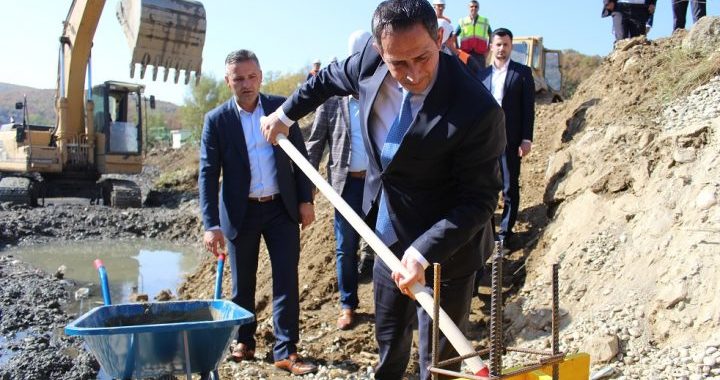 A BIRN investigation has revealed that outgoing environment minister Fatmir Matoshi gave the green light to scrap a ban on hydropower construction in Kosovo this month, despite an analysis of Kosovo’s water supply - the absence of which prompted the ban - not being completed.

In a controversial decision made earlier this month by outgoing Minister of Environment and Spatial Planning, Fatmir Matoshi, the moratorium on the construction of hydropower plants in Kosovo has been lifted.

Matoshi’s decision came just two weeks before the October 6 parliamentary elections. It was also made despite the demand for a feasibility study into Kosovo’s water supply levels and the effects of hydropower construction, which were the prompt for blocking ongoing and future projects in the first place, not being complete.

The moratorium was put in place in April 2018 by former Minister of Environment and Spatial Planning, Albena Reshitaj, in response to several protests that took place in Decan and Peja in March, following the authorization of the construction of a hydropower plant in the Llocan gorge, near Decan.

The construction permit for the plant was revoked on the minister’s initiative. Following increased pressure from civil society, Reshitaj then promised to suspend all further construction permits after discovering that the last research measuring Kosovo’s water supply above and below ground was conducted in 1984, and that this research was still being used to authorize construction today.

“Without having correct information, we cannot even think about giving or not giving permits because we violate the law and the fundamental right of citizens to have a healthy life,” Reshitaj said following the decision. “Until we get a detailed response from the Prime Minister’s legal office, I demand that no steps be taken to issue permits for hydropower construction.”

In addition to the legal interpretation by the Office of the Prime Minister that Reshitaj requested, a feasibility study was also demanded to be carried out on all potential sites where hydropower could be built. Neither was completed.

BIRN has secured correspondence between outgoing Minister Matoshi and the general secretary of the Ministry of Environment and Spatial Planning Secretary, Arben Citaku, concerning the unblocking of permits for hydropower plants blocked by Reshitaj. This formal email communication between Citaku and Matoshi approved lifting the block on all permit processes currently under the responsibility of the MESP.

On September 6, Citaku asked Matoshi whether, following the dissolution of the Assembly it would be appropriate to unblock the permit application processes and halt the feasibility study process, as requested by companies interested in the continued construction of hydropower. According to Citaku, Reshitaj’s moratorium was no longer in force as new elections had been called.

“Referring to the parties’ ongoing requests regarding their interest in suspending the feasibility study on water and the environment… Considering that the agreement which former Minister Reshitaj called for is no longer in force as a result of the dissolution of the Assembly, it is imperative that we have a suggestion from you on how to proceed further on this matter,” reads Citaku’s email.

Fatmir Matoshi replied, agreeing that in the face of new elections, the ministry should begin to process permits for hydropower construction once again. “In accordance with your explanation, I suggest that you and the responsible departments focus on the implementation of the legal framework for reviewing the requirements of such cases.”

BIRN sent questions to Minister Matoshi on Wednesday during the day. Although he said he would return a written response within the day, he failed to respond before publication of this article. Matoshi is currently standing for MP in the October 6 parliamentary elections as a member of the coalition between NISMA and the New Kosovo Alliance, AKR.

Exceptions made for operational hydropower

The construction and operation of hydropower plants across Kosovo has been an ongoing political issue in recent years, with allegations of procedural violations and environmental damage.

On July 11 this year, during a meeting of the board of the Energy Regulatory Office, ERO, two power plants owned by private company KelKos Energy in Decan were given the green light to operate for another 90 days. This was despite the fact that KelKos Energy failed to obtain the renewal permit necessary for the continued legal operation of their hydropower plants, which they are obliged to apply for at the Ministry of Environment and Spatial Planning.

The first decision, dated March 28 of this year, obliged KelKos Energy to obtain a permit from the Ministry of Environment and Spatial Planning within 90 days before they could be issued a Power Generation License.

BIRN reported in June 2018 that KelKos had consistently failed to renew its operating licenses for its plants in Belaje and Decan.

In 2016, KelKos Energy was sued by the Inspectorate of Decan, which initiated legal proceedings against the company after finding environmental damage had been caused to the mountain range in Decan and for allegedly failing to ensure that the waterflow of the river would not drop below 30 per cent of the river’s full capacity, which is considered the minimum necessary to sustain a river’s ecosystem.

According to a report from the Inspectorate obtained by BIRN, inspectors found that along approximately seven kilometers of the Lumbardhi River, the flow of the river was completely disrupted as a result of the passage of water into the turbines’ supply pipes to generate electricity. The complaint reached its statutory limitation on February 14 this year, so the case was never brought before the judiciary.

In July, a protest against continued hydropower construction was held in Decan just two days after the ERO’s decision.

Organized by the Peja-based NGO the Environmentally Responsible Action Group, ERA, near the Bellaja hydropower plant on the Lumbardhi River, a group of citizens protested with banners reading “Stop the illegal operation of hydropower plants in Decan,” and symbolically laid wreaths near the hydropower plant.

Another protest was held on February 25 in Peja, where thousands of people filled the city’s main square to oppose the plan to build another hydropower plant on the Lumbardhi River.