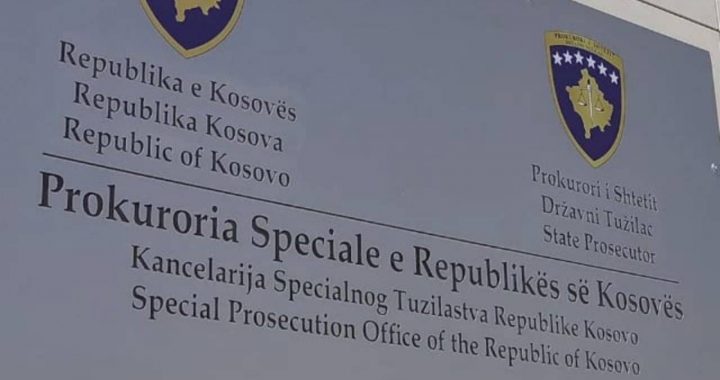 After closing a potential tax evasion case, the Basic Prosecution of Prishtina have launched an investigation into officials at Kosovo Customs and the Kosovo Police to discover how details of the case entered the media, seemingly in violation of whistleblower protection laws.

BIRN has learnt that an investigation has been launched by the Basic Prosecution of Prishtina into officials from the Kosovo Customs and Kosovo Police, in order to discover how details of a potential case of tax evasion were published in the media.

BIRN’s anti-corruption platform KALLXO.com reported on the tax evasion case earlier this month, in which it appeared that former Miss Kosovo and Instagram model Morena Taraku had deliberately avoided paying the full amount of customs duty on an imported Bentley valued at over 235,000 euros.

As the amount of outstanding customs duty owed exceeded 5,000 euros and due to suspicions of a false declaration regarding the car, the case was referred to the Basic Prosecution of Prishtina by Kosovo Customs.

However, the prosecution closed the case on Taraku without prosecuting, and have now opened a new case investigating an alleged ‘leak’ to the media, questioning officials with access to the case file. Shpend Krasniqi, the prosecutor in the case against the officials told BIRN that “the case is under investigation and no further information will be revealed.”

The decision to investigate is seemingly in contradiction with the Law on the Protection of Whistleblowers, which provides protection against all forms of prosecution for those who disclose information in the public interest that indicates that abuse is, or is likely to occur. Retaliation against whistleblowers is also a criminal act, according to Kosovo’s Criminal Code.

Asked whether he was handling the case in accordance with these laws, the prosecutor refused to answer. “I cannot talk about this,” said Krasniqi.

In a Facebook post, Flutura Kusari, a specialist on media law, described Krasniqi as “flagrantly trying to violate the fantastic Law on the Protection of Whistleblowers.”

In addition to potential legal violations, there are also questions over a conflict of interest, as it is the same prosecution service that decided to close the case against Taraku that have opened the case against the officials.

BIRN attempted to contact Kujtim Munishi, Acting Chief Prosecutor of Prishtina, but he did not respond to calls, while Aleksander Lumezi, Kosovo’s Chief Prosecutor, was also unable to be reached. However, through BIRN sources, it is understood that a number of foreign embassies are following the case.