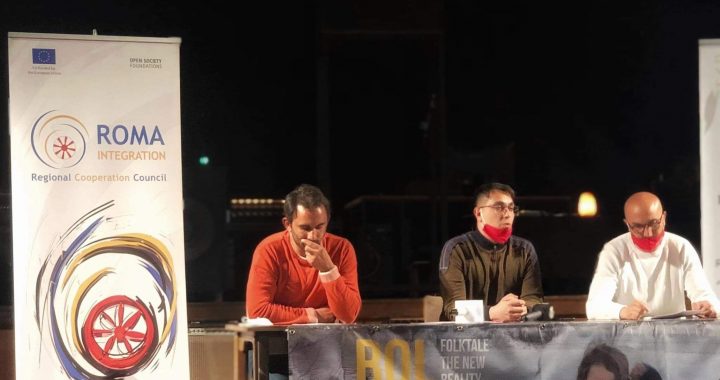 The sixth edition of the film festival dedicated to highlighting the experiences and struggles of the Roma community in Kosovo is opening soon.

Between 16 and 20 April, around 30 movies from around Europe will be screened in the annual Rolling Film Festival.

This year’s edition of the film festival will be aired online due to the ongoing coronavirus pandemic.

Speaking on Tuesday, Avni Mustafa, director of the youth education NGO Roma Versitas Kosovo and also director of the Rolling Festival said Roma culture remains neglected within Kosovo and that the festival is trying to play a part in countering that neglect.

“There is not much promotion of Roma culture and heritage in Kosovo culture,” Mustafa said.

Sami Mustafa, artistic Director of the festival, said that through the films, they hope to reduce societal discrimination against the Roma community, which is widespread. He said art had done something to fight anti-gypsy prejudice in Kosovo.

“There have been a few events in Kosovo that have addressed the violation of the human rights of the Roma community and the anti-gypsyism that the Roma face,” Mustafa added.

“Unfortunately, the Roma are the most marginalised and discriminated group in Kosovo, and face many obstacles such as hate speech, lack of employment and lack of access to social services,” he said.

Speaking about the programme of this year’s edition, Mustafa said that despite the difficulties in organising the festival due to the health crisis, there will be a rich edition with five films shown each day.

“We are at the end of launching the platforms through which the films will be screened and the audience will have the opportunity to choose which films to watch,” he added.

The opening film will be by Loreta Berbatovci from Kosovo, while other movies from Hungary, Germany and other countries will be screened during the four days of the festival.

Along with the movies, 15 animations from youngsters in Kosovo of all communities will be part of the programme.

To register for the attendance of the event click here: https://www.eventbrite.com/…/rolling-film-festival-6.