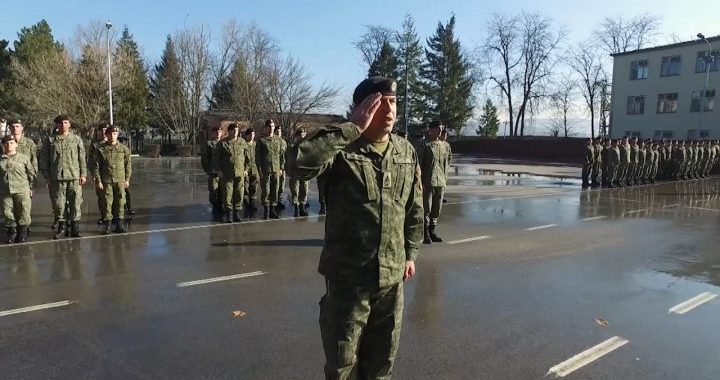 Threats against Serb members of the Kosovo Security Forces continue

A car that belonged to a Serb member of the Kosovo Security Force, KSF, was incinerated in unclear circumstances on Sunday night in Zubin Potok, a Serb-majority municipality in northern Kosovo.

The incident was confirmed by Ibrahim Shala, spokesperson of the Ministry of the Kosovo Security Force.

The incident follows an attack against Serb members of the KSF in the past few days. On Friday, two Molotov cocktails were thrown in the house of a Serb KSF member in Zubin Potok, damaging only property.

In February this year, threatening pamphlets issued by the so-called Northern Army were plastered all over Zubin Potok. Calling Serbs who joined KSF “traitors” the pamphlets called on the local Serb-majority population to not let Serbs join the Kosovo troops, to not let them “live, work, or be” and “break the bones” of these “traitors.”

Kosovo institutions hope to turn the multi-ethnic KSF into a regular army, a move unwelcome in Serbia. In the past year, President Hashim Thaci has called for its establishment, but the initiative is unsupported by the Kosovo Serb MPs, and has stalled.

About six per cent of the 2,500 troops that serve in the KSF are ethnic Serbs.

In March, Serbian President Aleksandar Vucic called for Kosovo Serbs to resist joining the security forces until “an agreement was reached.”

On Monday the Kosovo Ministry of KSF condemned the attacks.

“These criminal acts are being done by criminal and nationalist Serb circles in the north with the purpose of scaring KSF members. They express hate and an incompatibility with the integrity, the development of democracy and the consolidation of the Kosovo state,” the Ministry stated in a press release.

The Ministry also added that it stands behinds its members and demanded from other state institutions, including Kosovo Police and KFOR, to  protect the life and property of KSF members.

“Kosovo and its local and international institutions should guarantee the full freedom and safety for all citizens, regardless of where they live,” the Ministry stated.