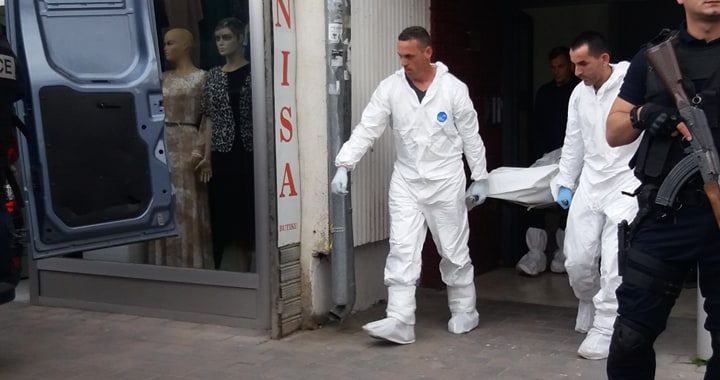 Three dead in a suspected murder-suicide in Prishtina

A man reportedly killed his wife and daughter-in-law on Monday before killing himself in the neighborhood of Dardania in Prishtina, Kosovo Police report.

Kosovo Police reported on Monday that a man, 60, killed his wife, 61, daughter-in-law, 28, and then himself in the neighborhood of Dardania in Prishtina.

Baki Kelani, a spokesperson for Kosovo Police, revealed the details of the case in a press conference on Tuesday.

“We understand that we are dealing with a murder-suicide. The police has ordered all competent agencies to go to the crime scene, including Kosovo Forensics,” said Kelani.

A number of armed police have blocked off the entrance of the building on Bill Clinton Boulevard until state institutions have concluded their investigation.

According to the Basic Court in Prishtina, a restraining order was issued in August 2017 against the man who allegedly killed his wife, his daughter-in-law, and himself. The court said to BIRN that the restraining order banned him from coming closer than 50 meters to their home, their workplace and banned him from approaching them in public spaces.

According to Imer Beka, the state prosecutor, the motivation for the murder and suicide remain unknown.

“It seems that the murder happened as a result of family problems,” Beka said to BIRN on Tuesday. “It remains to be verified, but we think that even earlier there were problems in the family, between the husband and wife.”

The Kosovo Handball Federation, FHK, expressed condolences to Kreshnik Krasniqi, the captain of the Prishtina Men’s Senior Handball Team for the case, revealing the identity of the victims as his wife, mother and father.

“We will support you to face these difficult times,” reads the Facebook status of FHK.