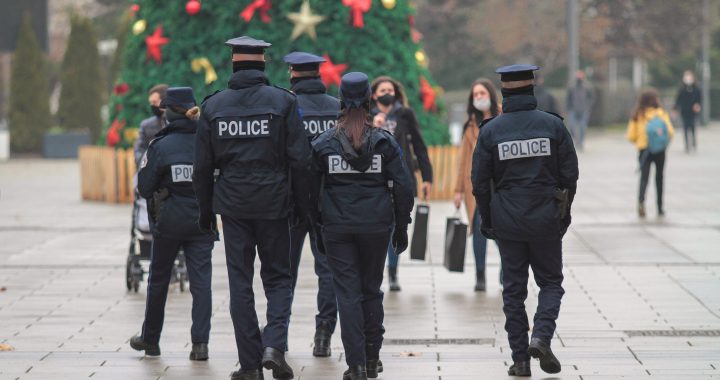 Two police officers suspended after video of an assault

The Kosovo Police Inspectorate has launched an investigation after the publication of a video showing a police officer physically assaulting a young woman.

Two police officers have been suspended from duty at the recommendation of the Kosovo Police Inspectorate, KPI, following the publication of a video in which an officer is shown physically assaulting a young woman.

The incident took place close to a school in the Municipality of Vushtrri, while it has been reported that the victim of the assault may be a minor. The officer slaps and kicks the young woman a number of times, while repeatedly shouting “am I a cow to you?”

In a statement, the Kosovo Police said that the officers were investigating a car blocking traffic.

“A male and a female Kosovar police officer while patrolling had noticed a car that had stopped, and due to it blocking the road asked the car to move,” the statement reads. “Two Kosovar females violently reacted to the police officers and refused to be identified.”

The KPI told BIRN that it immediately began investigating the case following the publication of the video, adding that other actions will follow in line with the KPI’s mandate.

The officers’ suspension was confirmed to BIRN by Aferdita Mikullovci, the Director of the Police for the Mitrovica region. She said the officers are being investigated for the offense of ‘ill treatment in the exercise of official duties’, while the KPI recommended the suspension be for 72 hours.

Acting Minister of the Interior Agim Veliu stated that the handling of the case must preserve democratic values and protect human rights.

“Kosovo Police is a credible professional institution and enjoys high credibility among Kosovo citizens,” Veliu stated. “Incidents between police officers and citizens unfortunately happen, which is why there are oversight mechanisms that monitor and control police work.”

Veliu added that the Ministry would ensure that the Kosovo Police shows “professionalism, transparency and respect for human rights without distinction.”