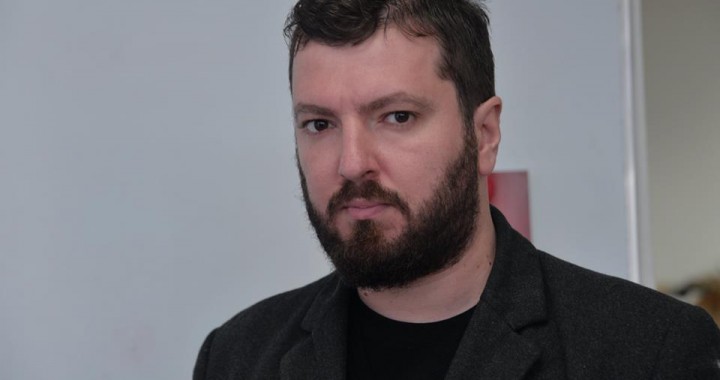 Arber Zaimi, an adviser to the Vetevendosje leadership, was arrested today in Prishtina. Zaimi is the second  Albanian-citizen from the opposition party to be arrested by the Kosovo Police in less than one week.

UPDATE: Zaimi was held for two hours by the Kosovo Police. He was given an order for voluntary removal from Kosovo and must leave before April 5, 2016.

Levizja Vetevendosje, the leading opposition party, announced on Tuesday that the Kosovo Police arrested yet another one of its members who holds Albanian citizenship.

Arber Zaimi, adviser to the Vetevendosje leader Visar Ymeri and member of the General Council of the party, was arrested on Tuesday afternoon, according to a press statement released by the party.

Last week, another one of Vetevendosje’s leading members, Boiken Abazi, was also arrested and forcibly removed from Kosovo. Abazi, who like Zaimi is an Albanian citizen, was deported the same day, although the order for forcible removal said he had eight days to appeal the decision. While Abazi’s lawyers have appealed the order for forcible removal, it remains unclear if Zaimi will also be forcibly removed from Kosovo.

“It appears that the Kosovo Government is determined to remove from Kosovo every citizen of the Republic of Albania, and just as determined to make it easier for various interventions, both legal and illegal, from Serbia,” declared Vetevendosje in their press release. “On one side [Prime Minister] Isa Mustafa has opened up Kosovo economically towards our historical foe, Serbia, while on the other hand he is increasingly manifesting hostile tendencies towards the Republic of Albania.”

In the press release Vetevendosje also criticized the government for arresting opposition, threatening journalists and deporting Albanian citizens, calling it “unacceptable for the Republic’s citizens.” On Sunday, Insajderi, a local media outlet revealed that the prime minister’s brother had sought asylum in Germany. Soon after, the author of the story claimed to have received a call by the prime minister himself. During the call, the journalist claims, the prime minister called him “a son of a bitch.”

Abazi’s deportation and Zaimi’s arrest come days before the opposition’s protest planned for Saturday, March 26. The opposition coalition made up of Vetevendosje, Initiative for Kosovo (NISMA) and Alliance for the Future of KOsovo (AAK) have been protesting in and out of the Kosovo Assembly for the past six months, calling for the government to fall and insisting that the country go to snap elections.

In its press release on Tuesday, the party called for people to “prove the will for a change from these politics that are destroying freedom and democracy in Kosovo” by attending the rally on Saturday.