On May 10, the governing coalition between the Democratic League of Kosovo, LDK, and the Democratic Party of Kosovo, PDK, dissolved when MPs voted on a motion of no-confidence in Isa Mustafa’s government. With snap elections scheduled for June 11, Kosovo politicians are hitting the campaign trail.

The contenders for the prime ministership include Kosovo’s winsome war hero Ramush Haradinaj, the  founder and leader of the Alliance for the Future of Kosovo, AAK, who was twice tried and acquitted in the Hague; Avdullah Hoti, Finance Minister and Isa Mustafa’s LDK confidant who is building his public personality from scratch; and Albin Kurti, the founder of the leftist movement Vetevendosje. 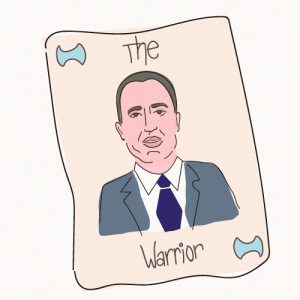 Born in the western village of Gllogjan in 1968, Haradinaj served in the Yugoslav Army for one year and then emigrated to Switzerland and France to work odd jobs. He returned to Kosovo in 1995 and began building a network of ground fighters under the name of the Kosovo Liberation Army, KLA, unofficially established the year before.

During the Kosovo War, he was the Commander of the KLA’s Dukagjin region and earned the nickname “Rambo.” He was also a vocal critic of what he called the polarization between LDK and PDK and PDK’s “claim to sole legitimacy over the UCK [KLA] legacy.”

In 2000, Haradinaj founded the AAK as a coalition movement between small parties and war veterans. AAK was established as a political party in its own right in 2004. After a coalition agreement was reached with Rugova’s LDK, Haradinaj was elected as PM in 2004 during the period of the Provisional Institutions of Self Government, PISG. However, he stepped down after only 100 days in office after being indicted by the Hague’s International Criminal Tribunal for the Former Yugoslavia, ICTY, in 2005.

Haradinaj and two others were indicted on counts that they were a part of a joint enterprise that in 1998 at a KLA-run camp in Jablanica, tortured and killed Serbs as well as Albanians who were deemed collaborators. After a three-year trial, during which Haradinaj finished his MA degree at the American University of Kosovo, the ICTY acquitted Haradinaj. In 2010, the case was sent to a partial retrial; in 2012, the Hague again acquitted the veteran.

Last year, AAK was in a coalition with NISMA and Vetevendosje, which opposed the border deal with Montenegro by throwing tear gas in parliament, organizing protests outside of the Assembly, and boycotting parliamentary sessions. The troubled coalition lasted only seven months, falling apart when a unified protest was cancelled and AAK and NISMA demanded a halt to tear gas in parliament.

In 2014, Haradinaj’s party amassed only 9.54 percent of the parliamentary vote, making AAK the second biggest opposition party after Vetevendosje. With over 50 thousand votes, Haradinaj has 30 per cent less than the most-voted politician in 2014, Hashim Thaci, and even PDK’s current leader Kadri Veseli. Without a backing coalition, the former PM Haradinaj would not stand a chance at premiership, despite all his ‘Rambo’ cred.

Rallying with the motto “The time has come” (Ka ardhe koha), as a PM, Haradinaj has promised to make civil servants start work at seven in the morning, establish the Kosovo army, and achieve visa liberalization within 90 days. 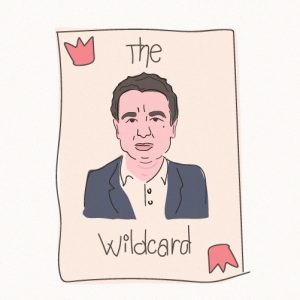 Albin Kurti, the 42-year-old activist and politician, is the only PM candidate running outside of a party coalition. With political roots in student organizing, Kurti founded the social movement turned social democratic political party Vetevendosje. After leading student protests in the late 1990s and being imprisoned in Serbia, Kurti, an avid reader, became a youthful symbol of resistance.

Kurti began studying at the University of Prishtina in 1993 and by 1997 he was organizing protests as the leader of the University of Prishtina’s Independent Students’ Union. In 1998, he was a translator and the secretary at the KLA’s Prishtina-based political office under Adem Demaci, a human rights activist and  the political director of the KLA. Kurti was  arrested by the Serbian police in 1999 and sentenced to 15 years in prison, though he was released two years later.

After the war, Kurti began organizing with the Kosovo Action Network, which mostly dealt with human rights and missing persons issues. He slowly began transforming the organization into Vetevendosje, which by 2005 was an organized movement focused on direct actions against the administration of the United Nations Mission in Kosovo, UNMIK. Vetevendosje only joined institutional politics in 2010, when it ran in general elections and won 12.7 per cent of the vote. In 2013, the party won the local elections in Prishtina and by 2014, it had become the biggest opposition party with 13.59 per cent of the vote.

Kurti’s politics have always centered on the organization’s name, which translates to self-determination, and was used by Albanian national leaders as early as the 1943-44 Bujan conference. Kurti is against what he refers to as imposed state-symbols, ethnic decentralization as outlined in the Ahtisaari plan, and the EU-facilitated Kosovo-Serbia dialogue.

As a Vetevendosje MP, Kurti has been known in recent years for his stark opposition to the Montenegro border deal and the Brussels-negotiated agreement for the Association of Serb-Majority Municipalities, and his call for a referendum to vote on Albanian unification. Vetevendosje activists and MPs have often been arrested for acts of violence: from setting off tear gas in the Assembly to allegedly attacking the Assembly building. Kurti stands accused of releasing tear gas to interrupt parliament, though the Basic Court of Prishtina temporarily suspended his arrest warrant last week.

Vetevendosje is also often called a radical nationalist party, to which Kurti responds by describing an ideology of ‘liberatory nationalism,’ positioned within an anti-colonial quest for sovereignty and restructuring inequality through the nation-state. His critics accuse him of isolationism and are worried that if Vetevendosje comes into power, international relations with foreign allies might weaken.

Kurti, famous for his disregard for formal attire and especially ties, introduced his party’s 40-point programme last week in a navy-blue tie fastened around his neck. The program includes serious reforms, establishing a development agency and fund, establishing the Kosovo army, all the way to a 10-euro per month child benefit. 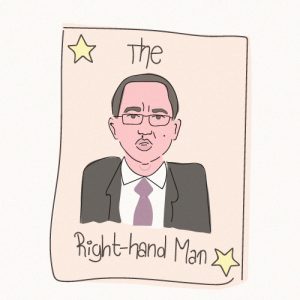 No one – at least no one outside the Democratic League of Kosovo, LDK – saw the candidacy of Avdullah Hoti coming. Not much is known about Hoti, often described as a technocrat by critics and fans alike. Seen as Isa Mustafa’s right-hand man, the 41-year-old’s claim to fame is increasing Kosovo’s budget to two billion euros for 2017 and introducing a fiscal reform.

The departing Minister of Finance was hardly considered a favorite to lead the party into snap elections. Indeed, Mustafa’s predecessor as Prishtina mayor, Ismet Beqiri, Gjilan’s mayor Lutfi Haziri, and even Vjosa Osmani-Sadriu, a vocal critic of Mustafa – all LDK heavyweights – were rumored to be candidates as soon as it became clear that after the no-confidence motion, Mustafa would not be running.

A former colleague describes him as a stout yet superficial LDK adherent and a political idealist. Yet the Rahovec-born economics professor received the party’s blessing to run for PM just as his mentor Mustafa, who continues to be the party’s leader, decided to stay out of the election altogether and not even run as an MP.

Since his candidacy announcement on May 16, it is no wonder that LDK is pushing Dr. Hoti in rendezvous and rallies all around the country; for years he was a backstage actor and made very few public appearances. His official political career only started in 2006 as an advisor to Agim Veliu, the Minister of Education, Science and Technology. Afterwards, he was an economic advisor to Mustafa during his first mandate as Prishtina’s mayor. By 2010, Mustafa promoted him to be his Deputy Mayor.

In late 2013, Mustafa lost the capital to Vetevendosje’s Shpend Ahmeti, but returned as a PM candidate in the general elections of 2014 and after a six month political stalemate became the country’s premier. Hoti joined Mustafa’s cabinet as a Minister of Finance.

The married father of two has kept a low profile throughout his stint as minister, too. This could be attributed to the almost required ‘serious and quiet’ nature in academia, a career that Hoti has followed since studying at the University of Prishtina between 1994-1998. Since 1998, when he joined the UP staff as a teaching assistant in the same department that houses the tenured Mustafa, Hoti has taught courses ranging from academic writing to macroeconomics. Between 1999 and 2004 he also worked as a researcher at Riinvest Institute, where Mustafa is a shareholder. Between 2001 and 2007, Hoti also completed his postgraduate studies at Staffordshire University. In 2012 he was promoted to an Associate Professor.

The campaign has been promoting their candidate as ‘Dr. Avdullah Hoti’ – an economic expert that is able to push for reform and development, unlike the KLA leader Haradinaj, or the left-leaning Kurti. Rallying with a variety of mottos from “New energies for the Republic,” to “Come, come” his campaign promises have included an increased state budget to five billion euros in four years and more fiscal reform. But, according to a former collaborator, Hoti was an ineffective leader and spent his energy on “micromanaging” civil staff. According to civil society organizations he also intruded upon the work of independent agencies.

Even less is known about his private life, with Hoti being a man reluctant to divulge personal information. A former colleague describes him as introverted and in a recent interview for Kohavision, he timidly admitted to liking Ismail Kadare, the Albanian Nobel-aspiring-writer, and “movies about WW2.”

In his opinion piece in English for Euractiv published last week, Hoti brands himself as European and a pragmatist, able to deliver Kosovo to its pending European future. “I believe the future is positive for Kosovo,” he writes, a cherry on top of all the blasé comments made during this electoral cycle.

by Fabien Techene
Next: News

by EU Office in Kosovo