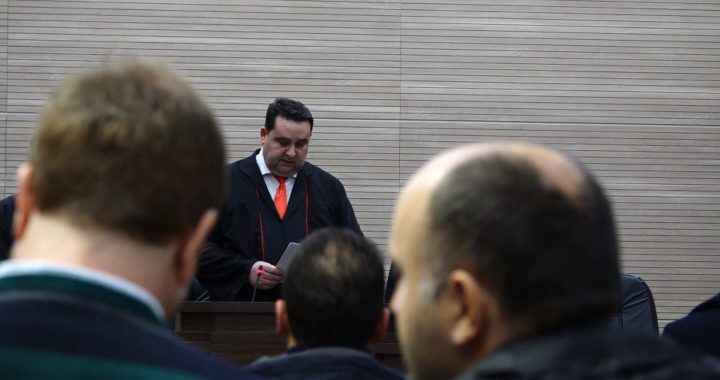 All defendants acquitted in Pronto case

The Basic Court of Prishtina has found that no criminal offence has been proven in the Pronto case, acquitting all defendants, including a number of former senior PDK officials.

The Basic Court of Prishtina has acquitted all 11 defendants indicted in the case related to the “Pronto” affair, stating that no criminal offence has been proven.

The indictment in the case accused former senior officials in the Democratic Party of Kosovo, PDK, and the heads of a number of public enterprises of abuse of official position and “violating the equal status of citizens and residents of the Republic of Kosovo.”

The defendants included PDK co-founder Adem Grabovci, former Minister of European Integration, Besim Beqaj, and former MP, Zenun Pajaziti, who were accused of being involved in a number of illegal appointments to senior positions at publicly owned enterprises between October and December 2011.

However, presiding judge Shashivar Hoti stated on Friday that the prosecution failed to prove that a crime had been committed, acquitting the defendants. Only two of the accused were in court to hear the verdict, Nijazi Kryeziu, a former advisor to PDK head Kadri Veseli, and former director of the Hydro-Drini public enterprise, Rexhe Abazi.

The case came to public attention in 2016 when a series of recordings of wiretaps leaked from a EULEX investigation appeared in the media. The publication of the recordings sparked numerous protests in Prishtina, with demonstrators calling for an end to corruption and cronyism from PDK, who at the time had led every government since Kosovo declared independence in 2008.

The wiretaps also featured PDK head Kadri Veseli, and the party’s founder and current president of Kosovo, Hashim Thaci, but neither were listed in the indictment that was filed in April 2018.

Drita Hajdari of Kosovo’s Special Prosecution, the lead prosecutor in the case, expressed her disappointment at the verdict. “In this situation, the hope for a just decision remains with the Court of Appeals,” Hajdari told BIRN. “Unfortunately, this is not the first case [in Kosovo], in which powerful persons from politics or members of their circles escape justice.”

Besnik Berisha, the defence lawyer for Besim Beqaj in the case, described the decision as “known, merited and expected” and criticized the Special Prosecution’s handling of the case. “The indictment in the case has come as a result of public and media pressure and not as a consequence of collected proof from investigations,” he told Prishtina Insight.

Berisha described the prosecution as being “selective” in who it chose to indict, claiming that the prosecution did not even dare to invite Veseli or Thaci to be interviewed, while indicting others for being involved in similar conversations in the recordings. “The whole investigation was a failure from the prosecution,” he said.