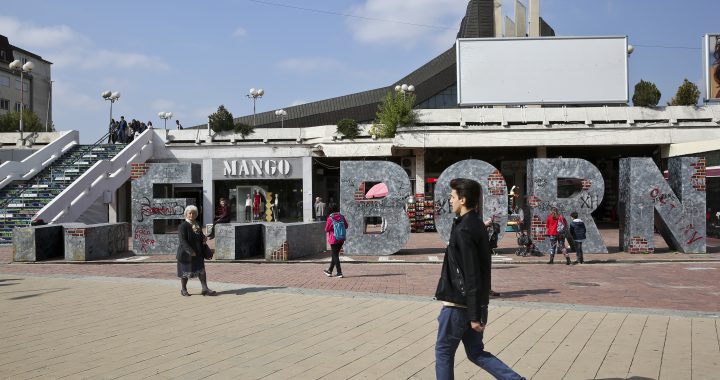 The 2017 Balkan Barometer public perception report for Southeast Europe shows that Kosovo ranks highest in the region for optimistic outlook and trust in the Ombudsperson.

Of the seven Southeastern European countries, Kosovo’s population continues to have the most optimistic economic outlook, despite an increasing pessimism regarding the possibility that EU accession is just over the horizon, according to the new Balkan Barometer report.

The Balkan Barometer is a public perception survey that aims to map the region’s attitudes, aspirations, and expectations regarding topics including economy, politics, and European integration. The 2017 edition was published this week.

“The main problems Kosovo’s respondents emphasized were corruption, unemployment, and economic situation,” the Kosovo Ombudsperson Office said in a press release to mark the report’s publication. “The Barometer otherwise states that there is an economic recovery in some of the major economies of the region, but unemployment as a whole remains worrying and highlights the growing concern over corruption.”

Commissioned by The Regional Cooperation Council, RCC, since 2014, the Barometer is part of the monitoring framework for the Southeast Europe 2020 strategy, SEE 2020, a regional agenda adopted in 2013 by Albania, Bosnia and Herzegovina, Croatia, Kosovo, Montenegro, Serbia, and Macedonia. The strategy aims to grow prosperity and job creation in the region and to foster regional and European cooperation.

Overall economic satisfaction in the region is low, according to the report, which found that “as few as 10 per cent of people in the SEE region are satisfied with the economic situation, whereas as many as 67 per cent are not.”

Kosovo respondents, however, exhibited the most optimistic economic outlook, with 56 per cent of those surveyed expecting their own financial situation to improve and 50 per cent expecting betterment to their economy.

Compared to last year, concern about corruption has increased in Kosovo. Corruption is ranked second as the most commonly cited concern in Kosovo, closely following unemployment.

Kosovo experienced a significant decrease in positive perception of the possibility of EU integration by 2020. Last year’s survey found that over half of Kosovo’s population, 62 per cent, expect accession as early as 2020, while this year, only 37 per cent expected this. Still, Kosovo, along with Albania, is particularly pro-EU compared to the other SEE countries.

“Less than half the population in all of the region’s economies trusts the institutions listed with the exception of the ombudsman that enjoys the trust of 59 per cent of the people from Kosovo,” the report states.

“Taken as a whole, the Barometer’s key findings from the countries of SEE state that the expectations of respondents exceed the satisfaction with the present, and singles the continuity of meaningful optimism in Kosovo,” the Kosovo Ombudsperson stated.