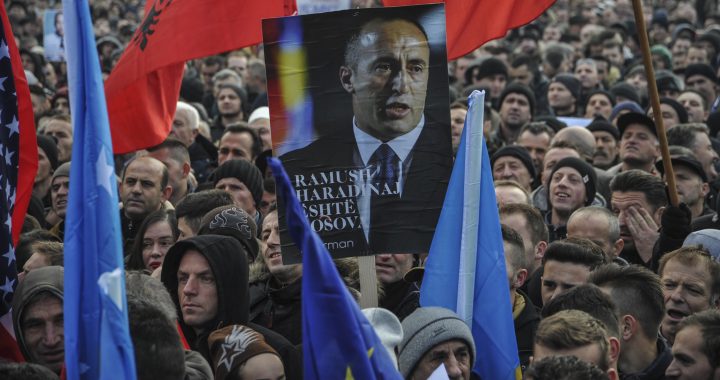 Ramush Haradinaj, former Kosovo PM and the leader of the Alliance for the Future of Kosovo, AAK, was released today by the Appeals Court in Colmar, France. Carrying Albanian flags, supporters the AAK leader gathered in front of the French-town court.

“From now on, I’m free. The request for my extradition to Serbia has been denied…I hope to return to Kosovo today,” said Haradinaj upon his release. Haradinaj will head to Strasbourg to attain his passport next.

The news were well-received in Prishtina, where supporters set off fireworks in broad daylight.

Haradinaj was arrested in France on January 4 on a 2004 Serbian warrant.

Haradinaj is wanted by the Serbian state for war crimes, although the former Kosovo Liberation Army, KLA, commander was acquitted by the International Criminal Tribunal for former Yugoslavia, ICTY, in the Hague twice.

Haradinaj was released by the French authorities on January 12 but had to remain in France on bail, waiting for the court to decide on a Serbian-issued extradition request. The decision was postponed twice.

Haradinaj maintained that the request for his extradition was political, with his party stating that the French authorities were “serving former-collaborators of Milosevic.” In March, Kosovo MPs voted on a resolution to suspend the EU-brokered Kosovo-Serbia dialogue until Haradinaj was released.