The Comandante delivers the goods 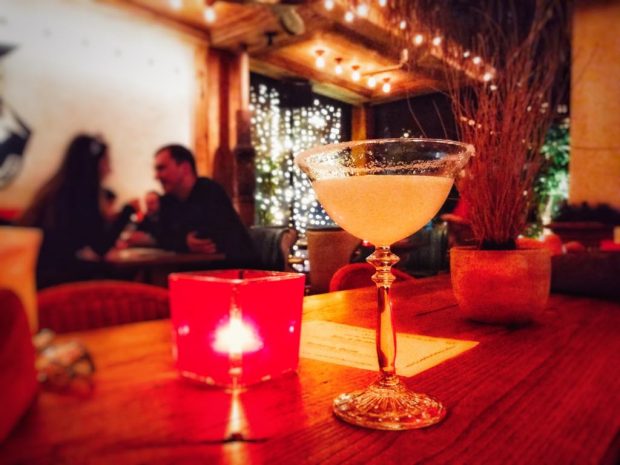 Looking for somewhere cosy to celebrate during the holidays? Check out Comandante Marcos, Prishtina’s popular new Mexican restaurant, serving up tacos, tequila and capitalist commodification of an anti-imperialist hero.

In June 1999, from deep in the mountains of southeastern Mexico, Subcomandante Marcos, leader of the Zapatista Army of National Liberation, denounced the war ongoing in Kosovo.

Condemning both the ethnic cleansing led by Milosevic and the ‘collateral damage’ caused by NATO’s humanitarian intervention, Marcos labeled both sides as harboring “the mercantile logic of merchants of death,” and attempting to profit from the deaths of ethnic Albanians in Kosovo.

The name is nothing more than a personal joke and a little bit of dark humor: after the war in Kosovo, the owner and his friends called each other ‘comandante,’ and the connection to Subcomandante Marcos is nothing more than a tip of the hat to themselves, their love of Mexican food, and a jibe at Kosovo’s own military ex-commanders.

Peculiar branding aside, Comandante Marcos is filling a gap in Prishtina’s culinary offerings. While it is not the only Mexican restaurant in Prishtina, it does serve the most tasty and creative Mexican-style food in the city, amid a stylish atmosphere with good music and even better cocktails.

The interior design is not a far cry from Comandante Marcos’ predecessor, popular city center bar Soma. With tasteful and cosy decorations with a loose Mexican cantina theme, there are intimate two-person booths, seats at the bar and bigger tables to accommodate larger parties, as well as a large heated outdoor seating area.

Everything you would expect to see at a Mexican-American restaurant is available at Comandante Marcos: burritos, enchiladas, tacos and quesadillas, along with the popular Mexican breakfast dish, huevos rancheros, eggs served with chorizo, refried beans and tomato sauce in a hard-shell tortilla. The Comandante’s main dishes range in price from 2.90 euros for their chili con carne to 7.80 for a plate of chicken fajitas, perfect for sharing.

Chimichangas are another speciality on offer, with a choice of chili or chicken burrito that is deep-fried, golden and crispy, served with cheese, salsa and sour cream. Although there are not so many vegetarian options offer, both the mushroom tacos and the vegetarian burrito are full of flavor and paired nicely with a fresh Mexican-style cabbage slaw. An array of salsas and hot sauces are available to spice up your meal for around 75 cents: we recommend the sweet and tangy pineapple salsa.

The only thing missing is perhaps one of the most important ingredients for making authentic Mexican dishes: cilantro. An herb notably absent from Kosovo’s own cuisine, the kitchen staff in Comandante Marcos have had difficulty acquiring it for their dishes, and while they have been trying to grow it themselves, the unforgiving winter soil in Kosovo has meant they have so far been unsuccessful. If this is a deal-breaker for you to enjoy your Mexican to its fullest, perhaps wait for warmer months in 2020.

On top of its extensive food menu, Comandante Marcos also boasts daily specials, from a music and mezcal night on Saturdays to Taco Tuesdays, a buffalo wings and rock n’ roll evening on Fridays and barbacoa beef available on Thursdays. If you are not sure exactly what to try, visit the restaurant on Wednesdays as their ‘Dia de combo’, or combination day, lets you try out a little bit of everything, including tacos, wings, churros and pitchers of margaritas.

The owners of Comandante Marcos have gone out of their way to stock its bar with an extensive range of both tequila and mezcal, another traditional agave-based Mexian liquor. Most of the classic cocktails featuring the two spirits are available upon request, with prices ranging from 3.5 to 7 euros. We recommend the margarita – a classic blend of tequila and lime juice that is not so easy to find done well in many of Prishtina’s bars.

If tequila isn’t to your taste, both Sabaja Pilsner and IPA are on offer, along with US and Mexican beers such as Corona and Desperados.

To wrap up your Comandante Marcos experience, we recommend trying the churros, strips of light and crispy fried dough covered in sugar, served with cream and chocolate dipping sauces for only 1.90 euros, prepared just how Subcomandante Marcos himself intended it, no doubt.