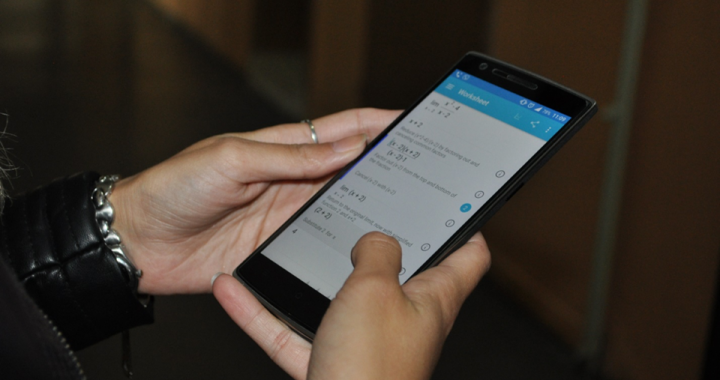 ‘MalMath’, a math problem solving app developed by three computer science students of the University of Prishtina, has reached over 4 million downloads on Android in a year.

Erjon Pacarizi, Alban Robelli and Admir Jashari, three students of the University of Prishtina, UP,  decided to help people with their math problems by creating a mobile phone application, currently rated 4.5/5 on Google Playstore.

“Since some of our team members were part of the Math Olympics, we understand the need for young mathematicians to learn beyond their curriculum at schools,” said Pacarizi, one of the three whizzes behind the app. “But the app can also be used by math students, pupils and their parents to facilitate the explaining of problem solving methods.”

The creators consider their app a good way for children and young adults to learn math. They have also included a feature which explains  step-by-step the different categories of mathematical problems and difficulty level.

Robelli says that the classes taken at the Math and Computer Science department at the public university in Kosovo were helpful, but that his team lacked financial assistance in developing the app. 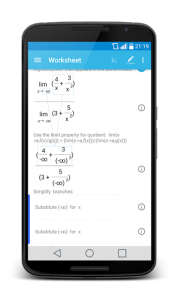 “We didn’t have financial help and we were not sure if there is a special budget for these types of projects, although the classes were very helpful for us to begin [work],” Robelli said.

University officials have celebrated their students’ success, attributing it mostly to the department’s support and infrastructure.

Faton Berisha, the university’s pro-rector for scientific research, explained that there is no money in the budget for similar research projects, but he promised to request the money for that next year.

“At the moment the university doesn’t have a special budget for these types of projects or research but these students have been helped through our infrastructure and it turned out to be successful,” said Berisha.

According to the app developers, MalMath currently operates in 13 languages, with the largest number of downloads coming from the United States and Latin American countries.

The app is available only for Android OS and can function offline.

Once the app’s success became public, the department head, Bujar Fejzullahu wrote on the University’s website, assessing the young students’ success as  “unsurprising,” and adding that he is both proud and happy for the students.

“This is one of the department’s main purposes, connecting theory with practice, these students work hard and we’ve seen that most of our graduates end up well employed and successful,” he said on the celebratory meeting of the students with the UP rector.

“The app keeps getting improved, and often we update it daily,” explained Pacarizi.

Since the app is free, the financial security of the app’s development remains uncertain.

“We’re working on extending the app on broader platforms but it might take time because of the project size and our inability to expand the team and invest more,” they worry.