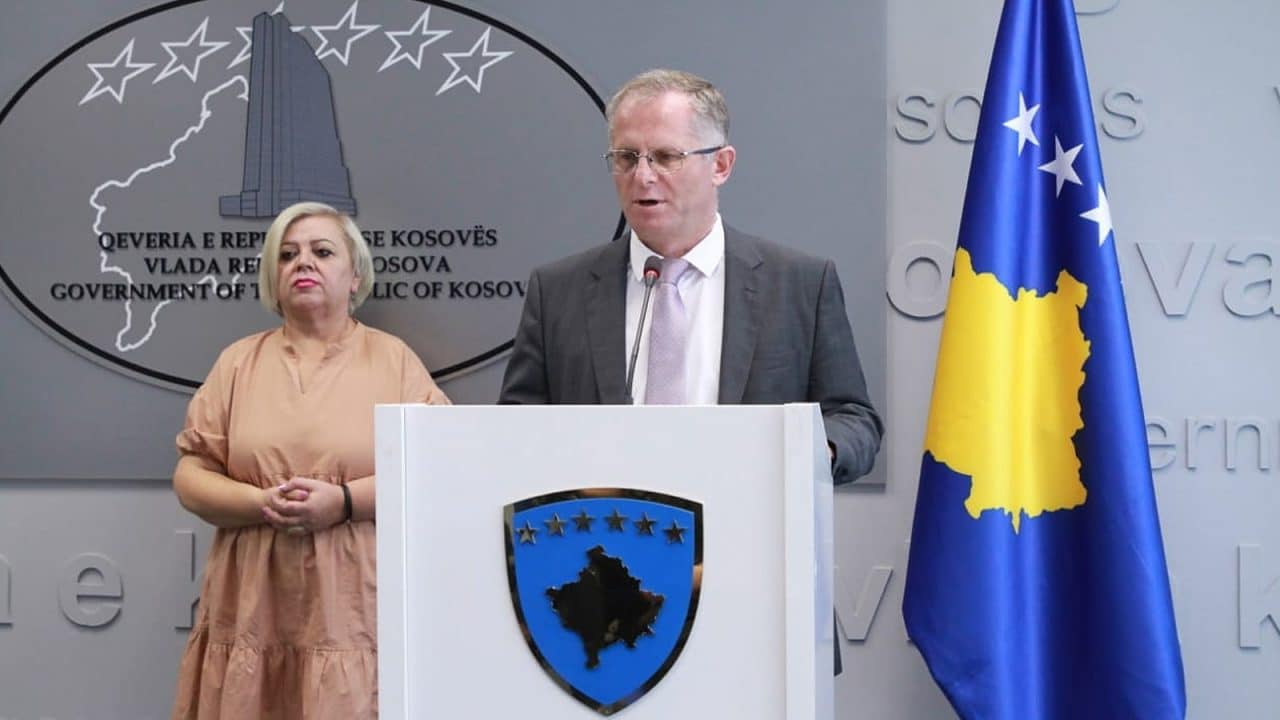 Minister says Kosovo will not renew deal with Serbia recognising two types of Kosovo license plates - one that starts with KS, initials accepted by Serbia, alongside others starting with RKS, referencing the Republic of Kosovo.

Kosovo Deputy Prime Minister Besnik Bislimi on Thurday said the country will not renew a decade-old agreement with Serbia about the car license plates starting from September 15, only accepting number plates that start with the letters RKS, the initials of the Republic of Kosovo.

“We don’t see a reason for continuation of this agreement,” Bislimi told media, referring to an agreement between Kosovo and Serbia allowing the circulation of two types of license plates in Kosovo, starting with KS and RKS, first signed in 2011.

Plates with the letters KS, simply meaning “Kosovo”, were issued under the former UN administration of Kosovo.

Under the agreement, vehicles with KS number plates may freely enter Serbia while those with RKS plates have to change them at the border and receive a provisional paper issued by the Serbian side. Vehicles with Serbian number plates enter Kosovo freely, without extra procedures.

Kosovo said the agreement was supposed to be temporary and meant Kosovo had to accept two types of license plates, “one for its own needs and one according to the preferences of the Serbian side”, as Bislimi put it.

The former Kosovo government, led by Democratic League of Kosovo’s Avdullah Hoti, issued a decision in mid-September 2020 to stop the issuing new license plates that start with KS.

Currently only 2,147 vehicles in Kosovo have license plates starting with KS, which is only 1 per cent of the total cars in the country, according to Bislimi.

Bislimi also called the issue “artificial”, claiming that only 74 of the 2,147 cars belong to ethnic Serbs from the four Serb-majority municipalities; the rest belong to ethnic Albanians who for personal reasons travel very often to Serbia. “Consequently, the need for this to be addressed in Brussels is artificial,” Bislimi claimed.

BIRN contacted Serbian government on the issue but did not receive a response by the time of publication.

Meantime, an expected meeting between Kosovo Prime Minister Albin Kurti and Serbian President Alaksandar Vucic will not take place as planned in Brussels because there has not been enough of an advance in technical-level meetings.

Kurti on Wednesday said the missing persons issue should be added to the dialogue.

Bislimi and the head of Serbia’s Office for Kosovo, Petar Petkovic, met the EU special envoy for the Kosovo-Serbia dialogue, Miroslav Lajcak, on Tuesday and Wednesday.

Bislimi said on Thursday that the Serbian side had agreed to the opening of military archives, including those on the former guerrilla army the Kosovo Liberation Army, KLA.

However, Petkovic said after the meeting with Lajcak on Wednesday that only “small progress” was made on the missing people issue.

Lajcak wweeted after the meeting with Bislimi and Petkovic that “positions on a number of pressing issues remain far apart”.

Kosovo proclaimed independence from Serbia in 2008. Serbia has vowed never to recognise it as a state but negotiations between the two sides started in 2011, while the so-called Brussels Agreement – the first document on the principles of normalization of relations between Serbia and its former province – was signed in 2013.