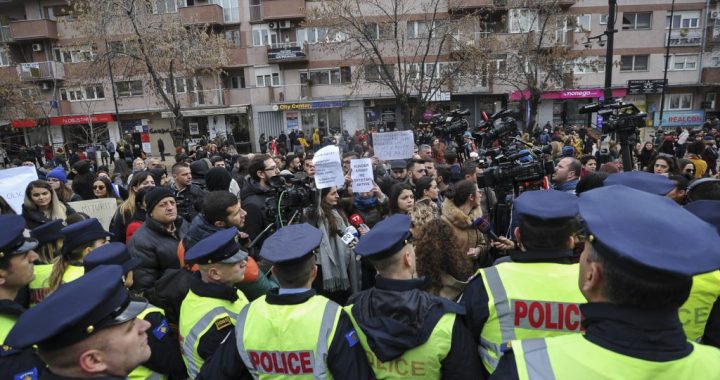 Reports of domestic violence increase in 2020

While law enforcement officials have said that domestic violence is on the rise during lockdown, reporting of these cases to the police has also increased, with civil society applauding the increasingly proactive response.

According to statistics obtained by Prishtina Insight from the Kosovo Police, almost 650 cases of domestic violence have been reported across the country in 2020: 161 in January, 151 in February, 169 in March and 167 in April.

Rashit Qalaj, the General Director of the Kosovo Police, has said that instances of domestic violence have been on the rise this year, in part due to measures enacted by the government to prevent the spread of coronavirus which have kept families indoors.

Erza Kurti from the Kosovo Women’s Network, KWN, told Prishtina Insight that this year’s figures represent a 22 per cent increase in reports of domestic violence compared to the same four months of last year.

“Prishtina leads with the largest number of reported cases, followed by Gjakova and Prizren,” Kurti said. “We can see that isolation is making life difficult for many people who have lost their jobs and for a number of different reasons. However, violence has no justification, under any circumstances.”

In a response to Prishtina Insight, Kosovo Police attributed this rise in reporting to its “proactive approach” and successful policies working on prevention and raising awareness among the public.

KWN meanwhile, has applauded campaigns launched by the acting Kosovo Government since lockdown began, which draw attention to the need to prevent and condemn domestic violence, and specifically encourage women to report cases.

In a video published in April in collaboration with UN Women, acting Minister for Justice Albulena Haxhiu promised Kosovo residents that the government would make curbing domestic violence its priority as lockdown continues.

“Violence in the family is a criminal act,” she said. “It’s a crime. I assure you that even during the pandemic, the perpetrators will be punished. So, girls and women, report the violence against you or your children. It is a state’s duty to protect women and children from such violence.”

Kosovo’s domestic violence shelters have also adapted to keep women safe. The first few weeks of lockdown saw only six women entering the shelters, but since new measures have been put in place, they have seen an increase.

Back in March, there were worries from staff working in the shelters that they would not be safe from the virus, but a mandatory quarantine period for anyone seeking shelter has quelled these fears, Kurti told Prishtina Insight, with dozens entering the shelters since.

As of 27 April, a decision from the Agency for Gender Equality came into force for women who have been affected by domestic violence, requiring them to enter quarantine for two weeks before being able to stay at one of the domestic violence shelters.

According to Kurti, this quarantine has allowed shelters to continue working as normal. “For the moment they are doing fine. There have been numerous donations to help them get through this period,” she said.

Kurti emphasized that all services usually available to those affected by domestic violence continue to operate. “All the justice institutions are working as they did before isolation, and the courts and the police are treating cases of domestic violence as a priority,” she said. “The victim’s protection office is working 24 hours a day, as well.”