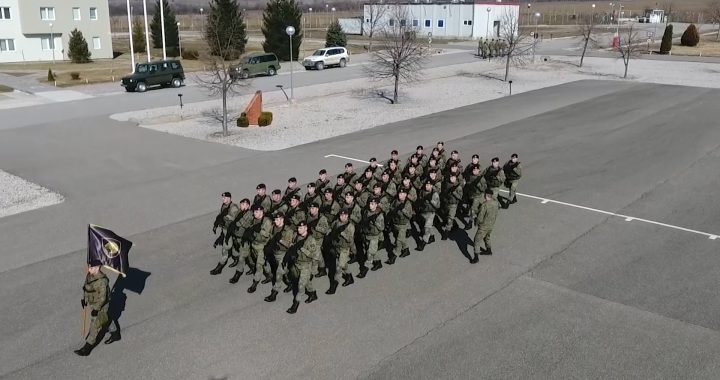 In response to the vote in the Kosovo Assembly on Friday morning approving the expansion of the Kosovo Security Force competences, Kosovo Serb politicians have stated they will challenge the decision.

After MPs at the Kosovo Assembly voted in favor of legally expanding the mandate of the Kosovo Security Force, KSF, on Friday morning, Srpska Lista MP Slavko Simic said that representatives of his party will take the issue of the three approved laws to the Kosovo Constitutional Court.

“We, the representatives of the people, together with the people, will not stand idly by in light of these armed forces, protecting our life. We inform that representatives of Srpska Lista will send a complaint to the constitutional court in the next few days because laws that Albanians themselves approved have been violated,” Simic said at a press conference on Friday.

Simic said that Srpska Lista MPs boycotted today’s assembly session in opposition to the formation of an army.

“On behalf of all Serbs, but also as deputy [president] of Srpska Lista, we did not participate in today’s [Kosovo assembly] session to show our opposition to the violation of all acts that Albanians themselves have approved, that is why we did not want to give legitimacy to this act with our presence,” he said.

Secretary General of NATO Jens Stoltenberg expressed regret over the expansion of KSF’s mandate, saying that today’s decision should not increase tension in the region.

“I regret that this decision was made despite the concerns expressed by NATO. While the transition of the Kosovo Security Force is in principle a matter for Kosovo to decide, we have made clear that this move is ill-timed,” Stoltenberg wrote, underlining that NATO will now “re-examine the level of NATO’s engagement with the Kosovo Security Force.”

On the other hand, the United States embassy in Prishtina issued a statement shortly after the vote, congratulating Kosovo citizens on the gradual transition of the KSF into an army.

“The United States reaffirms its support for the gradual transition of the Kosovo Security Force (KSF) to a force with a territorial defense mandate, as is Kosovo’s sovereign right.  The vote in the Assembly today is the first step in developing this capability,” the release reads, calling on the Kosovo government to continue its cooperation with NATO.

Maja Kocijancic, spokesperson of EU High Representative for Foreign Affairs and Security Policy Federica Mogherini, said that the European Union holds the same view as NATO on the issue.

“The Kosovo Assembly adopted today a legislation on the Kosovo Security Force. Like NATO, the European Union continues to share the view that the mandate of the KSF should only be changed through an inclusive and gradual process in accordance with Kosovo Constitution,” Kocijancic said.

The Kosovo Assembly voted unanimously in favor of three draft laws that will expand the function and capacity of the KSF, which is widely accepted as a step towards a fully-fledged army. Srpska Lista MPs did not participate.