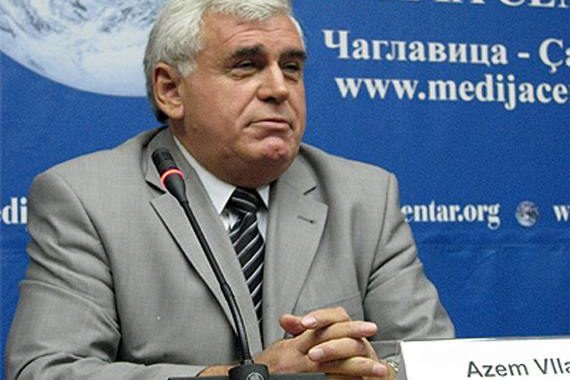 Azem Vllasi, former leader of the Communist League in Kosovo, was wounded Monday morning near his apartment in Prishtina. The motive is still unknown.

Kosovo Police spokesperson Flora Ahmeti confirmed that Azem Vllasi, a prominent lawyer and Albanian political leader in the former Yugoslavia, was shot and wounded. Ahmeti did not provide further details.

“At around 8 am we received information about gunfire on Hajdar Dushi Street. One person has been wounded,” said Ahmeti in a statement to BIRN.

She said that the victim was sent to Kosovo University Clinical Centre, QKUK, for medical treatment.

QKUK spokesperson Shpend Fazliu confirmed that there is an individual in the hospital’s care with a gunshot wound to the shoulder.

“He was shot in the arm and he’s not at risk anymore. We’re doing other examinations and within the day we will decide on the further steps,” said Fazliu.

Through a press release, Kosovo Police notified that they are taking measures in attempt to shine light on and explain the circumstances surrounding the case.

“All the necessary police units went to the crime scene, supported by the regional unit for investigating crimes and other units,” the press release reads.

According to the statement, the police concluded that this was a case of attempted murder.