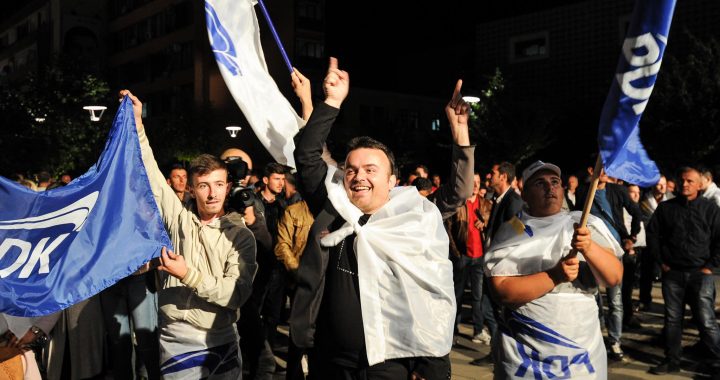 The Central Election Coalition announced the official June 11 election results, with the PAN coalition coming in first and Vetevendosje’s Albin Kurti receiving the most votes from the three PM candidates.

On Thursday, Valdete Daka, president of Kosovo’s Central Election Commission, CEC, announced the final results for the 2017 snap parliamentary elections, with the PAN coalition coming in first with 33.7 per cent of the vote (245,646 votes).

The pre-election PAN coalition, a major coalition of 14 parties headed by the Democratic Party of Kosovo, PDK, the Alliance for the Future of Kosovo, AAK, and the Initiative for Kosovo, NISMA, will be represented in Kosovo’s next legislature with 39 MPs.

The pre-election LAA coalition between the Democratic League of Kosovo, LDK, new political party Alternativa, and the New Kosovo Alliance, AKR, will be represented with 29 MPs.

Vetevendosje, which ran outside of a pre-election coalition, will be represented with 32 MPs.

According to a Constitutional Court decision from 2014, the political entity that wins the most votes in the elections has the right to name a nominee for prime minister and Speaker of the Assembly. In order to be able to form a government, the PAN coalition will need to form coalitions with smaller parties. If PAN fails to gather the necessary 61 votes in parliament, it is in the President’s discretion to invite the second largest party to form the government.

The CEC’s official voter turnout for the June 11 elections was 41.3 per cent, with 747,229 active voters out of over 1.8 million registered voters. There were a total of  50,752 invalid, damaged, and empty ballots.

The snap elections were called when the Kosovo government fell before its mandate should have ended, when 78 MPs backed a vote of no confidence in the administration.

An EU election observer mission reported that the June 11 elections were generally peaceful and competitive, but marked by some long-standing weaknesses and voter intimidation.