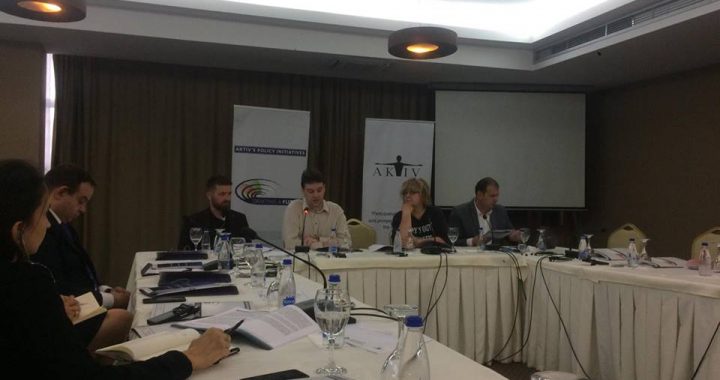 A report published by NGO Aktiv claims that current non-recognition of documents issued by the Coordination Directorate is hindering Kosovo Serbs from attaining Kosovo citizenship.

New administrative instructions that recognize the legality of Kosovo Serb documents should be passed in order for Serbs to be able to get Kosovo documents, a new report published by NGO Aktiv argues.

Since Spring 2017, documents issued by the Serbian Ministry of Interior’s Coordination Directorate and Police Directorate are not recognized as legitimate documents by Kosovo. This has caused difficulties for Kosovo Serbs who seek to attain Kosovo citizenship.

But Caleb Waugh, head of the Policy Section at Aktiv, stressed that there is no legal basis on which documents issued by the directorates should not be eligible, in either personal document applications or citizenship applications.

Miodrag Milicevic, executive director of the NGO, said that it is the widespread practice of the department for Citizenship, Asylum and Migration in the Kosovo Ministry of Internal Affairs for these documents to be denied, although, according to him, officials have denied the claims.

“When we talked to officials from the Ministry of Internal Affairs they all denied the existence cases of people who had lack of possibility, opportunity to attain Kosovo citizenship”.

The new report recommends that the government approve a “set of administrative instructions that will allow relevant institutions and authorities to accept documents issued by so-called parallel Serbian institutions and the Coordination Directorate of the Serbian Ministry of Interior as relevant evidence when accepting citizenship applications.”

Also, it proposes to the Kosovo government to pass another administrative instruction to recognize passports issued by the Coordination Directorate as travel documents. These passports are different from the passports in Serbia, which are subject to visa liberalization.

According to the report, the Kosovo and Serbian governments should organize an awareness raising campaign in order to ease the process for Kosovo Serbs to attain their right to citizenship. The report also recommends that both international community and local Serb NGOS should be included in the process.

Milicevic said that since 2017, 65 Serbs have appealed the rejection of their application for citizenship by the department for Citizenship, Asylum and Migration at the Basic Court of Prishtina. He added that if they would be refused again, they could appeal it at the last instance, the Constitutional Court.