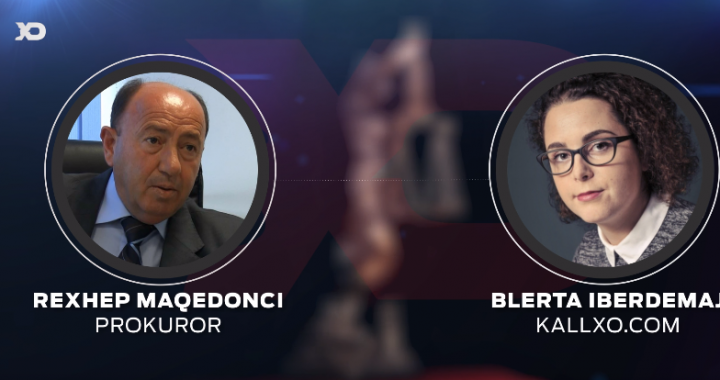 In the midst of an investigation into a case of assault and sexual harassment on Monday, the state prosecutor leading the investigation, Rexhep Maqedonci, denounced the allegations as ‘blackmail, libel and lies.’

Rexhep Maqedonci, a Kosovo state prosecutor heading an ongoing investigation into an assault that involved sexual harassment allegations, used prejudicial language concerning the case facts in a phone interview with BIRN, calling the woman who accused her university professor of sexual harassment “disgraceful.”

These comments, which included claims that the accusations were “all libel and clear lies,” were made by Maqedonci on Monday, prior to any indictments being issued concerning the case.

The investigation involves a professor at the University of Prishtina, who was allegedly assaulted by the husband of a woman, his student, that accused the professor of sexual harassment.

According to the Kosovo Police, the assault, which is currently being investigated by Kosovo prosecution, occurred after the student failed one of her exams. The woman attributed this failure to the sexual harassment she faced at the hands of the professor two years prior her failing the exam, which is run and marked by the professor.

The assault is alleged to have been committed by the student’s husband after these statements were made by her.

Although the case is ongoing, the prosecutor did not hesitate to declare the case as involving “blackmail.”

“Because of her lack of professional education and lack of ability to pass an exam, which has to be with merit, they tried to blackmail an innocent person,” said the state prosecutor. “He is as likely to have harassed her as I am to have harassed my mother.”

According to the student involved in the case, who is in contact with BIRN, she did not directly report this to the police, but expected that her allegations would be dealt with during the course of the investigation into the assault.

“He could be involved in anything else, but he could not commit sexual harassment,” Maqedonci continued.

BIRN has contacted the state prosecution continuously in order to receive updates on the progress of the investigation, but for the last six months, no indictment, decision or action has been undertaken.

During the phone call with BIRN, Maqedonci communicated his intention to continue the investigation into the case.

“I will interview the woman and her husband, and I will try to use the arguments and not emotions,” he said.

The prosecutor also denounced the claims made by the husband involved in the investigation.

“[He is] a disgraceful and degenerate man who wants to lay blame on others. He went on the attack because his wife could not pass her exam, and later said that the professor wanted to sleep with his wife,” Maqedonci said.

Maqedonci provided justifications for the professor’s alleged behavior during the phone call.

Maqedonci expressed confusion about the series of events that are alleged to have taken place.

“If you tell your husband [about the harassment], and your husband goes openly to talk about something that happened to you three years ago, does that make sense or logic? Is this human? This would only happen here,” said the prosecutor.

Members of leading civil society groups in Kosovo denounced the comments made by the state prosecutor on Wednesday, and requested that he be removed from the investigation.

“We, the representatives of civil society, demand the dismissal of this prosecutor from the case due to his partiality concerning the accused, and the lack of dignified treatment towards a victim of the case,” the reaction from members of civil society reads.

Sexual violence and sexual harrasment accusations are nothing new in public insitutions in Kosovo. In Feburary, a wave of protests erupted in repsonse to allegations against a member of Kosovo Police who was accussed of raping a minor in the town of Drenas.

“The prejudice of the prosecutor deprives every victim of sexual harassment the ability to seek justice,” the reaction continues. “On the other hand, it encourages potential harassers to continue with their sexual harassment.”