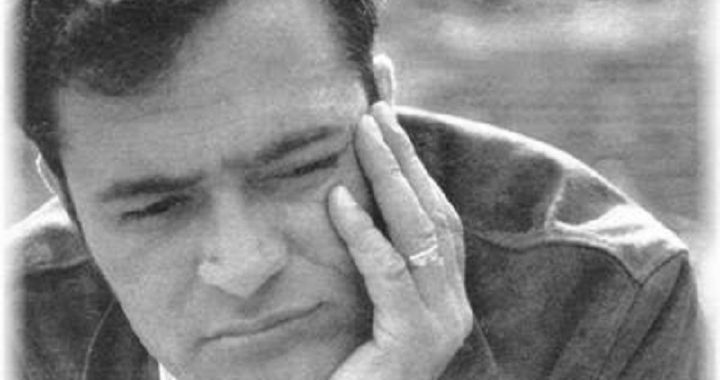 Two decades on the question persists: “Where is Ukshin Hoti?”

On May 16, 1999, Ukshin Hoti was allegedly released from the Dubrava prison in Istog having completed his jail sentence, but twenty years later the Kosovo Albanian intellectual remains one of the 1,600 people still missing from the Kosovo war.

“Ku eshte Ukshin Hoti?” (“Where is Ukshin Hoti?”) is still graffitied on walls across Prishtina and other towns and cities in Kosovo, even two decades after the Albanian dissident, intellectual and former politician disappeared in unclear circumstances.

On May 16, 1999, Ukshin Hoti was reportedly released from the Dubrava prison, having served five years of jail time for his hostile stance towards the Serbian regime. However, on the same day, Hoti vanished and has never since been found, and there is no conclusive evidence that he was ever released from the prison. His family never received notification of his release from the Belgrade authorities.

Three days after Hoti was said to have been freed, May 19, 1999, NATO commenced the bombing of the Dubrava prison, citing Serbian and Yugoslav military activity in the region. A second bombing occurred on May 21, and in the days that followed, a brutal retaliation was inflicted on the inmates.

A Human Rights Watch report on the incident describes what happened: “On May 22, prison officials ordered the approximately 1,000 prisoners to line up in the prison yard,” the report reads. “After a few minutes, they were fired upon from the prison walls and guard towers with machine guns and grenades, killing at least seventy people.”

Killings continued over the next 24 hours as prison guards and special police attacked inmates hiding in what was left of the prison facilities. It is estimated that between 90 to 130 inmates were killed in the Dubrava massacre, while more than 200 were wounded.

Concern over Hoti’s whereabouts is also mentioned in the report. “Three witnesses said that Hoti was released from Dubrava on May 16 because his sentence had expired,” it reads. “His current whereabouts, however, are unknown, and many former prisoners and human rights activists fear that he is dead.”

Hoti was among more than 6,700 men and women who are reported to have been detained by the Serbian regime during the 1990s as political prisoners. More than 2,000 were transported to Serbia after the war ended in June 1999, but Hoti was not amongst them.

The Rahovec born intellectual, from whom the University of Prizren takes its name, had spent much of his adult life in prison, having been arrested several times from 1981 onwards.

In 1994, he was arrested for the last time, accused of promoting the idea of Kosovo’s unification with Albania and was eventually sentenced for “endangering the constitutional order of Serbia.” Hoti was the founder of the political party UNIKOMB, The Albanian National Union whose final goal was the unification of Kosovo and Albania.

In 1998, when he was being held in prison, Ukshin Hoti was nominated for a Freedom of Thought prize, commonly known as the Sakharov Prize, which is awarded by the European Parliament for those who dedicated their lives to freedom of thought and human rights. The prize that year was eventually award to another nominee from Kosovo, former President Ibrahim Rugova.

The Albanology Institute in Prishtina have organized a commemoration in memoriam of Ukshin Hoti on Thursday May 16 at 16:00.