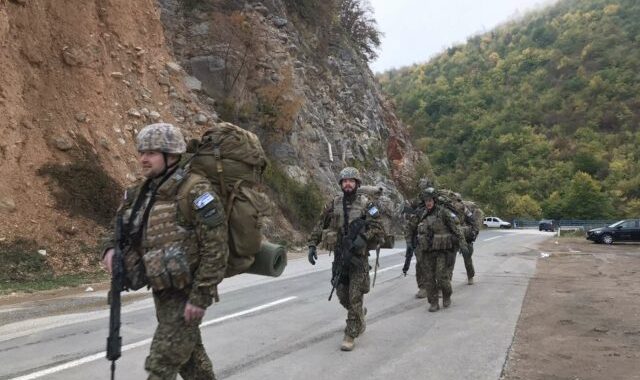 US diaspora groups voice alarm over Serbia’s ‘militancy’ in region

Representatives of the Albanian, Bosnian and Montenegrin diaspora in the United States have sent a letter to the US Congress and President Biden’s administration expressing concern over Serbia’s actions and calling for greater US engagement in maintaining peace and security in the Balkans.

Organizations and activists from these communities say they are alarmed about what they call an increase in the “militancy of the Serbian government” towards Kosovo, but also towards Bosnia and Herzegovina and Montenegro.

“As representatives of organizations and individuals, we observed a common danger we have from a state that is uprooting the peace and stability achieved in the Balkans,” activist Drilon Gashi, one of the signatories of the letter, told the Albanian service of the Voice of America, VOA.

The letter recalls that, only recently in Kosovo, “Serbian tanks, fighter jets and armored vehicles were deployed near the border with Kosovo”, after the Kosovo government imposed a new regime on vehicle license plates.

“When it comes to Kosovo, we see the need for greater American involvement to maintain the peace and security achieved in the region. This means involvement in the ongoing dialogue process between Kosovo and Serbia,” Gashi said.

“”However, in terms of the wider region, it demands a greater ambition for faster membership, especially of Kosovo and Bosnia, of NATO,” he added.

Serbia’s ambassador to Washington, Marko Djuric, told VOA’s Serbian service that the letter does not necessarily represent the position of the majority.

“I am convinced that by the end of the year we will have more letters to Congress with a much higher number of signatories, focusing on positive topics, on our bilateral relations and on cooperation in the region in general,” he said.

The letter quotes, as another example, the escalation of tensions in Montenegro over the enthronement of a head of the Serbian Orthodox Church in Montenegro – and the efforts of Bosnian Serb presidency member Milorad Dodik, an ally of Serbian President Aleksandar Vucic, to boycott Bosnian state institutions, following the imposition in Bosnia of a law against the denial of genocide by the High Representative of the International Community.

Ambassador Djuriç rejected the idea that the Belgrade government promoted an ideology of “a Serbian world”, according to which “Serbia wants to present itself as a potential hegemon in the region”.

The European Union and the United States have repeatedly stressed the need for dialogue between Kosovo and Serbia. Mediated talks between the two countries over the license plates resulted in a temporary agreement.

Gashi insisted that the letter is not against dialogue. “Obviously this is one place where the arguments expressed in the letter can be taken further,” he said.

Organizations signing the letter include the Pan-Albanian-American Congress, Vatra and the Lukaj Foundation.