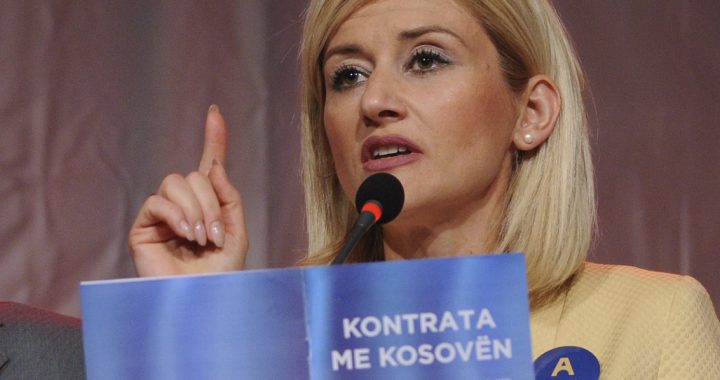 Debating on development, environment, and energy, MP candidates promised the establishment of development funds, the construction of the new power plant, and an IT sector boost.

Kosovo MP candidates debated on economic development and environment in front of a full house on Sunday night, the fifth night of the #DebatPernime series moderated by Jeta Xharra.

Politicians took turns condemning the previous Mustafa-led coalition between the Democratic Party of Kosovo, PDK, and the Democratic League of Kosovo, LDK. In two of the past three mandates, PDK led the Ministry of Economic Development and took some of the most controversial decisions, including the privatization of the Prishtina Airport, the energy distribution network, and failed privatization of the Brezovica resort.

Once again, The PAN coalition participated only with representatives from the Alliance for the Future of Kosovo, AAK, and NISMA, with PDK boycotting debates.

Alternativa’s representative Mimoza Kusari-Lila, the current Gjakova Mayor, claimed that the LAA coalition had a strategic plans for the privatization of socially owned enterprises, including a plan for Trepca.

“We foresee the establishment of a Development Fund, and we will support special categories, youth and women, directly through this fund,” said Kusari-Lila, adding that in terms of environment, the coalition would focus on energy production.

“The employed have become jobless, while those who are still employed are unprotected,” said Sejdiu, before adding that Vetevendosje would establish the Sovereign Fund and the Agency for Development.

“We will move forward by supporting domestic products. The economy that does not produce, does not employ,” continued Sejdiu.

Representing a recently established party, Adam Ulluri from the Democratic Party of Unity, PDU, criticized his fellow panelists, claiming that “these people always talk about transformation but never do it.”

“That’s why we came from the diaspora with a clear programme for change, and not just empty words,” said Ulluri, adding that the state administration needed to be fixed first before tackling security, health, professional education, and the economy.

AAK’s Gazmend Abrashi declared that it was time for long-term strategic projects, adding that the rehabilitation of railways was a priority for the PAN coalition.

“We will sign the agreement for the construction of the New Kosovo power plant with Contour Global in 90 days. We foresee that the new power plant will be finished in 4.5 years,” said Abrashi.

The new coal fired power plant, Kosova e Re, is supposed to replace current power plant Kosova A, operating since 1962. The plant will be fueled by lignite, the dirtiest kind of coal, used in Kosovo exclusively.

Although reports have warned that the new coal power plant will increase health costs, the representative of the three big parties all promised that they will go forward with the Kosova e Re project once in power. AKR’s Sejdiu promised that LAA too would construct it within the first mandate, while Vetevendosje’s Sejdiu said that unlike the others, they would not decommission the old plant Kosova A, but restore it and invest in new capacities of a new power plant.

Asked about investing in renewable energy, two of the parties mentioned the interconnection line between Kosovo and Albania, which is supposed to enable the two countries to exchange energy. The project, initiated a couple years ago, has stalled because of Serbia’s noncompliance with a Brussels-mediated agreement on the independence of Kosovo’s Transmission System and Market Operator, KOSTT.

Liburn Aliu from Vetevendosje said that “economic ties to Serbia need to be cut off,” while Alternativa’s Lila-Kusari said that the LAA coalition also had a plan for the interconnection line.

When asked whether more pressure need to be put on Serbia for the plan to go forward, Aliu responded: “We first need to turn ourselves into a factor in order to then be able to condition Serbia.”

Meanwhile PDU’s Olluri said that the pressure should not be put on Belgrade, but on Brussels.

AAK’s Abrashi said that a new approach to the dialogue with Serbia should be taken. “We should not enter any future agreements without implementing previously signed agreements,” said Abrashi. Kusari-Lila agreed.

“The basis of talks with Serbia should be reciprocity. We shouldn’t continue the dialogue if there are no concrete steps in the transmission agreements,” said Kusari-Lila.

Meanwhile, Vetevendosje’s Sejdiu chortled, highlighting that the coalition representatives from PAN and LAA debating each other on the show “are still formally in government, so they could have implemented reciprocity if they wanted.”

One topic that all the present candidates agreed upon is Kosovo’s potential to develop a competitive IT sector.

Sejdiu said that Vetevendosje’s governing of the Prishtina municipality should be taken as an example.

“It is clear that the IT sector can have huge growth, and we expect a rise in services.

What we need to do is to lower fixed costs in this sector. for In Prishtina we’ve done this already, lowering the rent, and we believe the same policies need to be applied at the national level,” said Sejdiu.

Kusari-Lila said that the municipality of Gjakova, which she governs, should be an example for strengthening the IT sector at a national level.

“We’ve foreseen a fund supporting innovation, and this includes the lowering of customs tax for technological gadgets,” said Kusari-Lila, claiming that Gjakova was home to the first Makerspace in the Balkans. Sejdiu responded, saying that Prishtina has also developed co-working spaces with the help of the British Embassy.

All candidates agreed on the importance of establishing Kosovo’s own web domain, and all promised that it would be established by the end of their mandate. All parties promised to stop political hiring in public boards, while Vetevendosje’s Aliu claimed that this would be impossible under the governance of either of the two coalitions, which would have to honor deals for the coalition to happen. The debate ended on a high note of candidates accusing each other of failing with privatization and bankrupting Trepca. Sejdiu wrapped it up by telling his rivals: “I want people to know that you two [PAN and LAA] are the same people – there’s no difference.”

#DebatPernime continues through the election campaign every night on RTV21 and Facebook Live on KALLXO.com, starting at 7.50 pm.