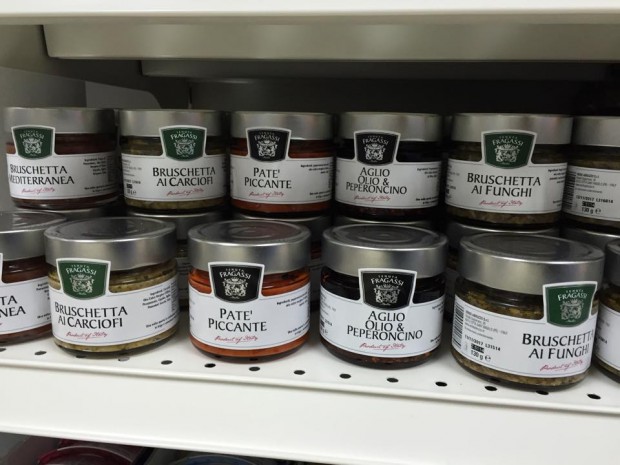 I love grocery shopping, but it can be frustrating in Prishtina. While you can always count on having a your pick of the lot when it comes to djath – the white cheese you see everywhere –
you’ll struggle to find a nice wedge of taleggio or brie. Supplies are erratic as is the quality.

But as I stood in the packed Conad supermarket at the Grand Store mall last weekend I faced a different problem: there were too many cheeses to choose from, many of Italians ones I’ve never heard of. I even had several options for buffalo mozzarella. (I chose the Conad’s house brand, at a reasonable 2.69 euro for a 200 gram ball. It was silky and delicious).

The cheese was just the beginning. The arrival of the Italian supermarket chain to Prishtina, so far the only one in the country, has dramatically upped the ante with the abundance of well-priced, fine groceries. I could have sworn I saw tears of joy in the eyes of an Italian KFOR soldier who was pushing an overloaded cart.

What’s nice about Conad is that you have everything you’d come to expect from a hypermarket, including Kosovo products, but with an explosion of all things Italian, which is the selling point, of course. Apart from the cheeses, there’s an impressive selection of cured meats – prosciutto (16.99 per kilo for 16-month-old stuff), salami, mortadella, and others, in pork and non-pork varieties. I took a gamble on a pack of Turkey bresaola (for 1.69 euro), which stacked up quite favorably to the beef variety. 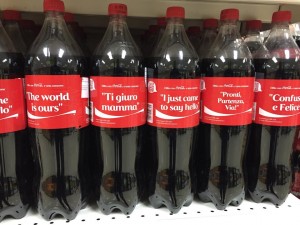 The wine selection is particularly impressive with a lot of great values. I splurged for a 6 euro bottle of 2011 Ricaccio Cacc’e Mmitte di Lucera, a red from Italy’s south that tasted like something three times that price. Conad also has comprehensive selection of Kosovo wines, which are going to struggle to compare with the cheap abundant Italian offerings, with lots of good options well under 5 euros.

Conad has also has very strong nonalcoholic offerings including several varieties of bitter-sweet aperitivo sodas, which taste like classic cocktails but don’t get in the way of higher cognitive functioning. There’s also bona-fide Italian Coca-Cola for those not into the stuff you normally get in Kosovo (which is produced in Serbia), though it does come at a serious premium – more than a euro for a small bottle.

The store also has other hard-to-find health foods like almond milk, soy gelato, greek yogurt, tofu and veggie burgers. They’re quite pricey, but at least you to leave the country for them.

Basically there’s a lot of great stuff at Conad. My only quibble is the produce selection. It’s decent for Kosovo supermarkets, but nothing to write home about, especially compared to the New Green Market in Sunny Hill. The lone exception: the heads of radicchio were the largest I’d ever seen in Kosovo.

At Grand Store Mall (off road to Skopje, on the right side, Albi Mall), Prishtina