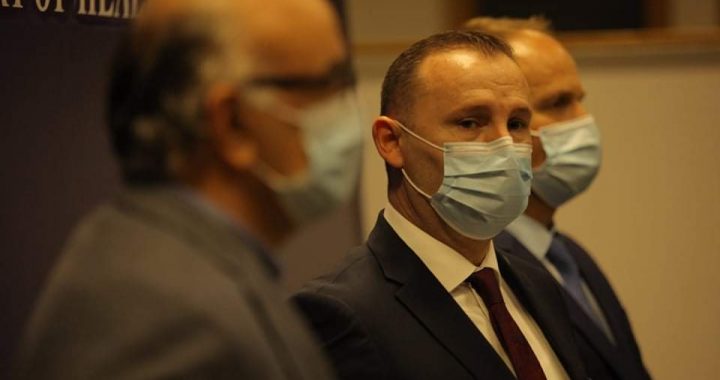 The curfew in high risk municipalities remains in force but now applies between 21:30 and 05:00, while businesses are now permitted to operate until 22:00 in low and medium risk areas.

New measures to prevent the spread of coronavirus entered into force on Friday after the Kosovo Government approved proposals by the Ministry of Health.

At a national level, controls at the borders remain in force, with both Kosovo citizens and most foreign nationals still required to present a negative PCR test when entering Kosovo, or undergo a seven-day self-isolation period following arrival.

Restrictions on freedom of movement also remain in place across the country for over 65s, who are only permitted to leave the house between 06:00-10:00 and 16:00-19:00. Weddings and religious ceremonies continue to be prohibited, while funerals may only be conducted with immediate family members.

However, regulations governing public gatherings have been notably relaxed. Previously, only four people were permitted to gather in public spaces such as parks, squares, and recreational centres, whereas this number has now been extended to 50. With Kosovo’s parliamentary election scheduled for February 14, a special mention is also made for public rallies, which must be limited to a total of 50 persons.

The decision for pre-university education to begin on January 18 remains in force, with schools set to open on Monday.

In low and medium risk municipalities, operating hours for businesses, shopping centres and cultural institutions have now been extended by two hours to between 05:00-22:00. In high risk municipalities, a curfew remains in force but has been pushed back, now applying from 21:30 until 05:00.

Operating hours for businesses, shopping centres and cultural institutions in high risk municipalities have also been extended by one hour, to 05:00-21:00. The same operating hours are in force for bars and restaurants, who are also permitted to run a delivery service after 21:00.

According to data from the National Institute for Public Health, NIPH, the number of active coronavirus cases in Kosovo has been significantly decreasing over the last six weeks, with more patients confirmed as recovered than new cases being recorded.

On December 1, the NIPH reported that there were 13,505 active coronavirus cases in Kosovo, while by January 15 this number had dropped to 5,164.

At a press conference on Friday, Minister of Health Armend Zemaj expressed his satisfaction with the epidemiological situation. “While in Europe and the region the number of infections is high, in Kosovo we are well placed in this regard,” he said.