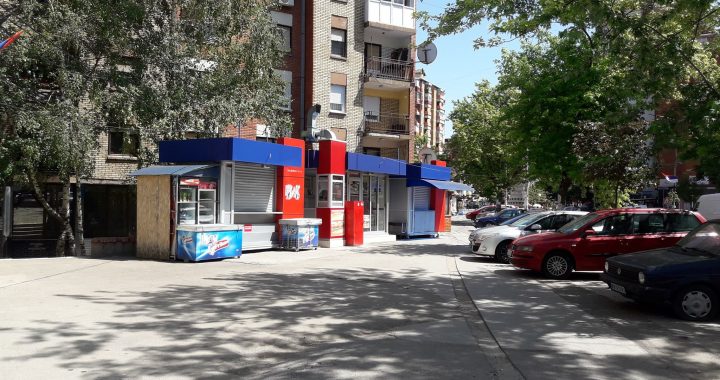 Bakeries, cafes and supermarkets across Serb-majority municipalities in the north shut down for two days in protest against the tariffs imposed by the Kosovo government against exports from Serbia.

Stores in the four Serb-majority municipalities in the north of Kosovo opened again on Wednesday following a two-day protest in which supermarkets, bakeries and coffee shops closed their doors.

The protest was organized by shopkeepers to condemn the 100 per cent tariff imposed by the Kosovo government on all goods coming from Serbia and Bosnia and Herzegovina in November 2018. The imposition of the tariff came one day after Kosovo failed to become a member of Interpol, a failure that was described by one Kosovo government official as the result of “aggressive policies” from Serbia lobbying to obstruct Kosovo’s membership bid.

The protesters warned of a “humanitarian crisis” were the protest to continue, but after two days, stores began to open again.

“I urge you not to implement your well-known deceptions to destabilize northern  Kosovo. This fake ‘humanitarian crisis’ will never serve as a shield for your destabilization aims and you will be held accountable,” Kosovo Prime Minister Ramush Haradina said to Serbian President Aleksander Vucic on Twitter.

On Monday, the Ministry of Trade and Industry, MTI, sent a contingent to sell food in the north of Kosovo.

“We will continue to exercise sovereignty across all parts of those 10,887 square meters. No citizen of the Republic of Kosovo will lack any product. Our market is open and offers any goods necessary for a dignified life,” said trade minister Endrit Shala.

On Wednesday, Vucic denounced the Kosovo government for sending the contingent, explaining that Serb citizens do not want products from Prishtina. “They didn’t sell a single kilo of sugar. Nobody wanted to buy from them,” said Vucic.

While the protest spread over the four Serb-majority municipalities in northern Kosovo, the majority of Kosovo Serbs, two thirds of whom live in southern Kosovo, did not join the protest.

Despite tensions on a political level, Serbia is Kosovo’s main trading partner, with Serbia exporting goods worth over 500 million euros to Kosovo annually. However, since the November 2018 tariff was introduced, exports to Kosovo have declined drastically, with only a few million euros worth of products entering the country.

However, the imposition of the tariff triggered snap elections in the four northern municipalities. Mayors in North Mitrovica, Zvecan, Leposavic, Zubin Potok resigned as a form of protest against the tariff. The very same candidates were re-elected in May’s elections, with Serb political party Lista Srpska winning in a landslide victory.